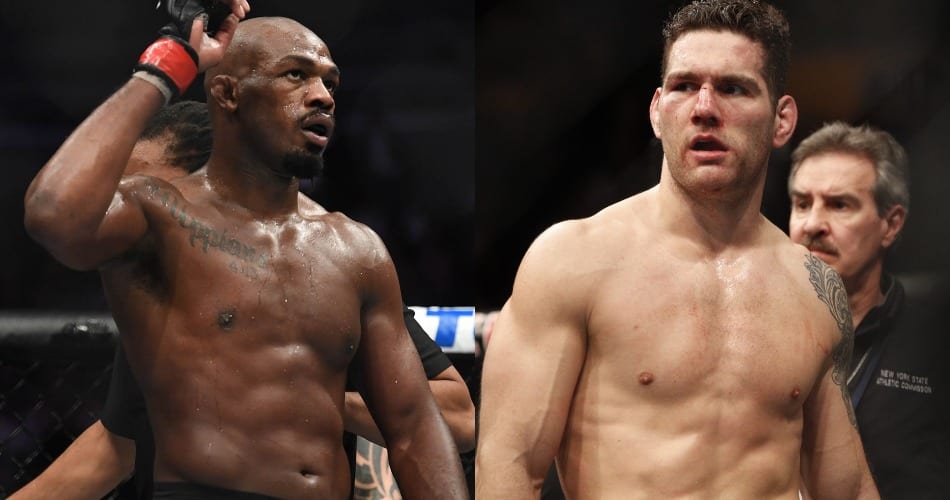 Weidman recently appeared on Submission Radio and spoke of how he wanted to shock the world again by defeating Jones. The former middleweight champion also added that he saw holes in Jones’ game and that there was a blueprint to defeating him.

“I always believed there’s a blueprint to beat him. You see it a little bit more, but I always knew he’s beatable, and I think if it was a guy like me with power in the hands and also the wrestling that’s better and jiu-jitsu. So, I think that’s really I take it to him. But no one’s been able to do that yet. He’s done a great job, he adjusts really well in there. So, that’s the goal, is to get in there with him.”

Jones caught wind of those comments and had a simple response with an Instagram video:

“Be careful with that target you’re staring at on my back, it just might bite you in the ass @ChrisWeidman,” Jones wrote as the post’s caption.

Jones and Weidman could meet in the near future, especially with the latter making his light heavyweight debut soon. Weidman faces undefeated 205 contender Dominick Reyes in the UFC Boston headliner on October 18.

Do you think Weidman can beat Jones?