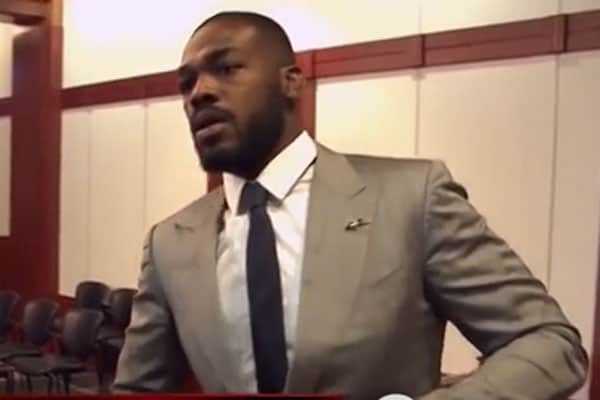 Former UFC light-heavyweight champion Jon Jones exited the pound-four-pound ranks earlier this year in a blaze of controversy. ‘Bones’ not only got popped with cocaine in his system during an OOC (out of competition) drug test, he also had a wild night out in New Mexico that resulted in a broken arm for a pregnant woman after a hit-and-run involving Jones’ rental car. On top of all that, police found a marijuana pipe and condoms along side ‘Bones” ID, and released a felony warrant for the fleeing light-heavyweight champion’s arrest. He was later stripped of the title by the UFC, dropped by his sponsors and could be facing a stint in prison for his crimes.

“I think Jon’s always been a really supportive teammate,” Holm said. “He’s really put himself available since then. He’s always been helpful. We don’t train at the exact same hour. They finish right when we start and a lot of times he’ll stay and watch the lightweights and he’s said before ‘this is the pay-per-view right here, I just watch this’.

“It doesn’t matter who it is he’ll go up and say ‘hey you should try this, I think this will work for your style’. Jon’s always a personable person and he’s always pretty positive and he’s got a great heart on him. Any time anybody gets to know him they really want the best for him.”

“He has helped out a lot with my camp. I’ve been very positive,” Holm said. “We’re all positive about it. We all want great things for him.”

Jones became notorious during his time in the UFC as not only a truly magnificent fighter, but also a heel like none before. His media trolling arguably led to the image that he is somewhat tarred with today, but also gave weight to pretty much every PPV (pay-per-view) card he ever fought on. Holm then spoke about the abnormal amount of hype surrounding her UFC debut against Raquel Pennington at UFC 184:

“There’s a ton of nerves for every fight I’ve been in, it doesn’t matter if it was my debut. This last one definitely had a little bit more. There’s a lot more factors going into it. It just kind of kept building — one bad injury, second bad injury, postponement and all the anticipation and expectation and finally just to get in there and do it. It was the biggest event I’ve ever fought in front of and coming off of big injuries and first fight in the UFC, I don’t feel like I’ll ever feel the emotions that I felt for that fight, but I still felt all right.”

“There’s things I did in the fight that I’m proud of and there’s a lot of things that I did not do that I want to be able to show. I know I have a lot more potential than I showed in my last fight, which is just the pressure I put on myself going forward.”

An 18-time three-weight world champion in boxing and kickboxing, Holm arguably has a lot more to offer than we saw in her debut. She faces a much stiffer challenge in the form of the aggressive Reneau, so her nerves will have to be under control this time around. Tune in tomorrow (Wednesday July 15th) to see if ‘The Preacher’s Daughter’ can take out ‘The Belizean Bruiser’ in San Diego. 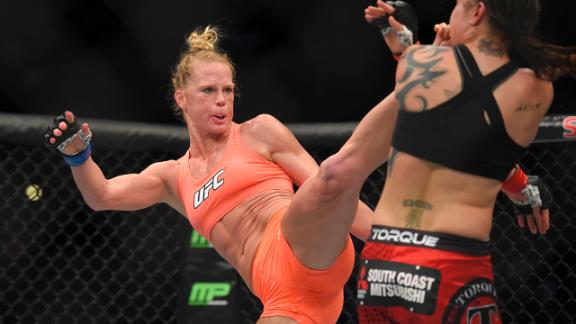