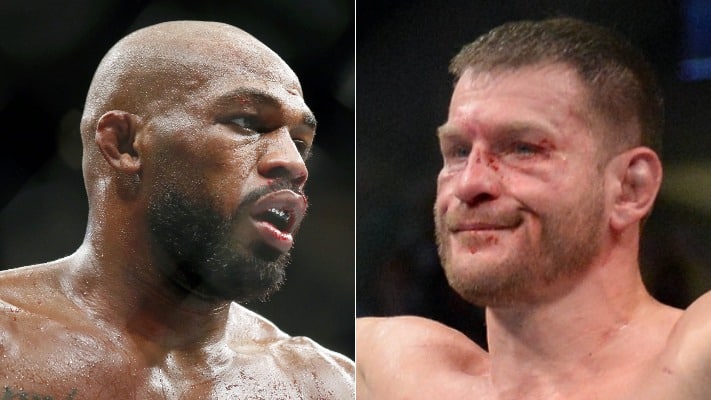 Jones has been sidelined since early 2020 after making his final light heavyweight title defense against Dominick Reyes, before getting involved in a financial dispute with the UFC and more specifically, White. He was supposed to face current UFC heavyweight champion Francis Ngannou for his divisional debut before contract negotiations fell through.

Jones’ coach, Mike Winkeljohn says that his star pupil isn’t interested in a fight with Miocic, and is waiting for a bigger fight for a heavyweight belt.

“From the outside looking in, I would think that wouldn’t excite Jon,” Winkeljohn told Submission Radio. “I think Jon wants the big one. He wants to get the big one, he wants the big challenge, and right now Stipe’s not there. That’s how Jon Jones thinks.”

“For me, it doesn’t seem that exciting for Jon, it doesn’t make sense. It makes sense to go after the title. Because honestly Jon is the best pound-for-pound of all time, so why would he have just a normal fight? Unless we felt we needed that to get used to our new body, I don’t think we need that.”

White has previously said that a fight between Jones and Miocic would make a lot of sense, and Miocic has gone as far as to say that he would agree to the fight. But, it appears that Jones may not be as enthusiastic about the matchup as he continues to struggle to get the UFC to budge from a financial perspective.

Jones won’t be returning until the beginning of 2022, at the earliest, which allows plenty of time for Ngannou vs. Ciryl Gane to happen to unify the UFC heavyweight title.

How do you think a fight between Jon Jones and Stipe Miocic would play out?