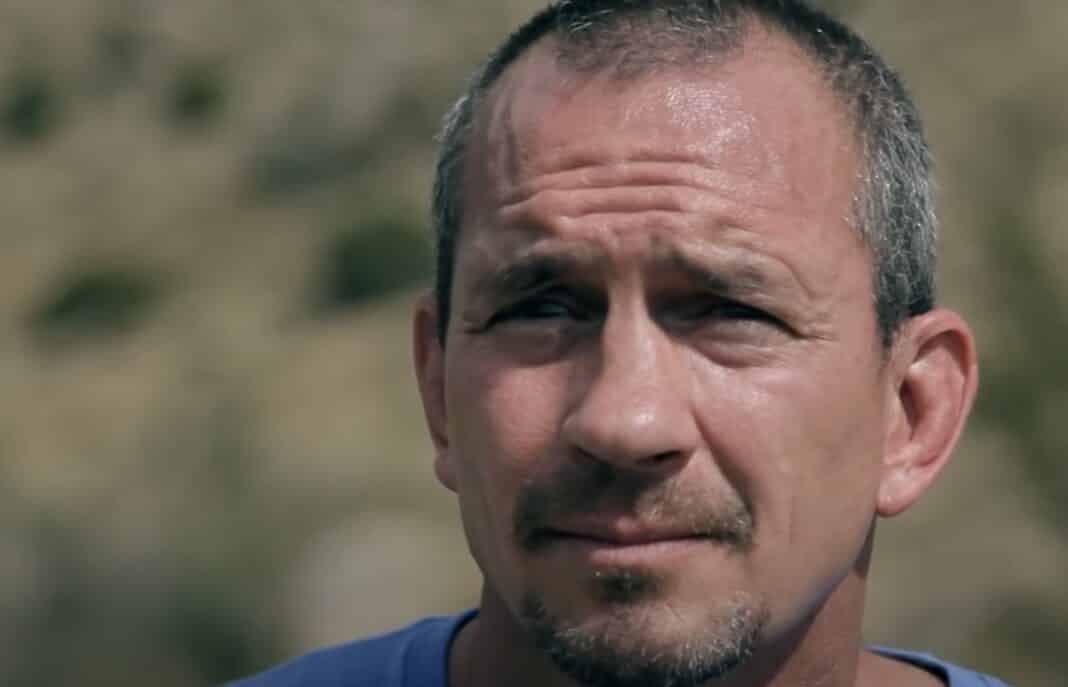 Mike Winkeljohn grew up in the rough side of town in Albuquerque, New Mexico. His upbringing made him tough and never backed down from a fight.

After graduating high school, Wink wanted to test his toughness and signed up at a local kickboxing school. He would develop a passion for martial arts and would dedicate his life to training and developing his skills.

While continuing his training, Mike would graduate from college with a business degree. Although if you ask Mike, he will tell you he spent more time training than going to school.

Even though Mike Winkeljohn attended college, what consumed his life was fighting. The Albuquerque native lived for competition and would fight professionally for over 17 years.

He fought in everything from kickboxing, Muay Thai, and boxing. Amassing a 25-7-2 kickboxing record and a 2-0 boxing record, while winning world titles in Muay Thai and kickboxing.

In those 17 years of fighting, Mike Winkeljohn personally feels like he never became a smart and skilled fighter. Since he wasn’t the most athletic, Wink would try to be the toughest fighter and never stop going forward.

The complete opposite of how he would be as a coach in the future.

Mike Winkeljohn would make the natural transition to coaching after his fighting career was over. He would open up his own school in the late 90s/early 2000s and train students there until 2007.

One of his most known students at this time was an up and coming amateur kickboxer and boxer named Holly Holm. She was originally one of his cardio kickboxing students before he convinced her to try fighting in amateur kickboxing.

Mike’s mindset as a coach was completely different than when he was a fighter. He changed his approach to being more of a strategist than just being tough and working hard.

This change in approach would have a massive positive impact on his coaching career and the careers of his fighters. His fighters were not only tough, but also fought smart.

So much so that he came to his old friend Mike with a proposition. Jackson wanted to change the dynamic of his gym and take the training to another level.

He offered to make Winkeljohn a partner in the gym and make one of the best fight gyms in the world. They agreed and in 2007, Jackson-Wink MMA was born.

What was already considered one of the best MMA gyms in the world just went to another level.

In 2009, Mike Winkeljohn would have a life altering accident during a normal training session.

He was coaching one of his classes, when one of his fighters threw a roundhouse at him.

Normally, Wink would never miss catching a strike when doing padwork, but this time he missed. When his student was kicking through, the end of his toenail went into Winkeljohn’s eye.

Mike Winkeljohn thought it was just a cut, but the horrified look of his fighters meant it was more serious. His student’s toenail cut into his eye, completely destroying it.

Mike Winkeljohn was left blind in his eye and his future as a coach was unknown. But Wink didn’t let losing his eye stop him.

He would return just a short time after the accident and resume coaching his fighters.

Even though he only had one eye, Mike Winkeljohn did not let that stop him from coaching. Along with Greg Jackson, they would continue building their gym into an MMA powerhouse.

Since partnering together in 2007, Jackson-Wink have become one of the most decorated fight gyms in the world. They have produced multiple champions within all of the combat sports and it doesn’t seem like they’re stopping anytime soon.

You could fill numerous articles just covering the fighters that Winkeljohn and Jackson have coached. Here are some of Mike Winkeljohn’s most notable fighters.

One fighter that has been with Mike Winkeljohn throughout their 2 decade fighting career is Holly Holm. Holly joined the kickboxing class at Wink’s kickboxing school when she was just 16 years old.

Wink thought that Holm had potential to excel in fighting and convinced her to compete in amateur events.

During Holm’s amateur kickboxing career, she would win the International Kickboxing Federation’s national amateur tournament. She would go 6-0-2 before moving to pro boxing, which gave her more opportunities during this time.

Holly would have an 11 year boxing career, where she would win multiple championships in 3 weight classes. Going 33-2 during this time and defending her titles a total of 16 times.

Then after accomplishing everything she could in boxing, Holm moved to MMA. She would quickly become one of the best MMA fighters in the world.

Winning her first 10 fights with 7 by way of KO/TKO. The biggest of which was the head kick KO of Ronda Rousey to become the 2nd UFC women’s bantamweight champion.

In her MMA career she has earned a record of 14-5 and is considered one of the best female fighters ever.

Hate him or love hum, Jon Jones is one of the best MMA fighters ever. Mike Winkeljohn has been one of the main coaches that has helped Jones be the best in the world.

Jones would start his fighting career under the wings of Jackson and Wink when he was 21 years old. He would win his first 7 fights in just his first 5 months as a pro fighter. The 7th win being his UFC debut that he took on very short notice.

UFC fans started paying attention to Jones as he dominated the prelims to the main card. Most notably when he ragdolled TUF 1 fighter Stephan Bonnar to win by decision.

He would continue his reign of terror, technically only losing once by an illegal elbow. A loss that nearly everyone in the MMA community disputes.

At just 24 years old Jones would dominate Shogun Rua to win his first UFC title. His reign of terror would continue, defending his title 7 times before facing Daniel Cormier.

Jones would win his first bout with Cormier, but would be stripped due to a hit and run incident. His first run in with the law that would lead to him getting stripped.

Jon would come back to win his title, but test positive for a banned substance for the first time. Then he tested positive again after his rematch with Daniel Cormier.

He would serve his suspension and come back to win his title and defend it 3 times before Vacating the title. Bones is now looking to make his heavyweight debut in the future after his latest legal trouble clears up.

Mike Winkeljohn’s newest student is pro boxer turned MMA fighter Claressa Shields. She is one of the most accomplished female boxers to ever live and the only American amateur to win 2 Olympic gold medals.

Shields is an incredible talent that has excelled at combat sports. As an amateur boxer, she went 77-1 and won every major title you can win.

Then when she turned professional, she put more eyes on women’s boxing than ever. Claressa is currently 11-0 in boxing with over 10 world titles to her credit.

Not being satisfied with just dominating boxing, Shields made the move to MMA. Moving to Albuquerque to train under Jackson and Winkeljohn.

She made her debut for the PFL winning TKO in the third round. Shields goal is to become the first fighter to ever hold a boxing and MMA title simultaneously.

With over 20 years as a coach and 17 years as a fighter, Mike Winkeljohn has done it all in combat sports. He has cornered champions in every combat sport and that number will continue to grow.

The legacy he Greg Jackson has built at Jackson-Wink MMA cannot be replicated. Every year thousands of fighters from around the world come to their gym.

Mike Winkeljohn is considered one of the great minds of MMA and has a remarkable resume. His gym has won gym of the year at the World MMA awards twice and has produced numerous world champions.

There doesn’t seem to be any sign of Mike Winkeljohn slowing down and this number we’ll definitely increase. Wink will continue producing top level combat sports athletes for years to come.