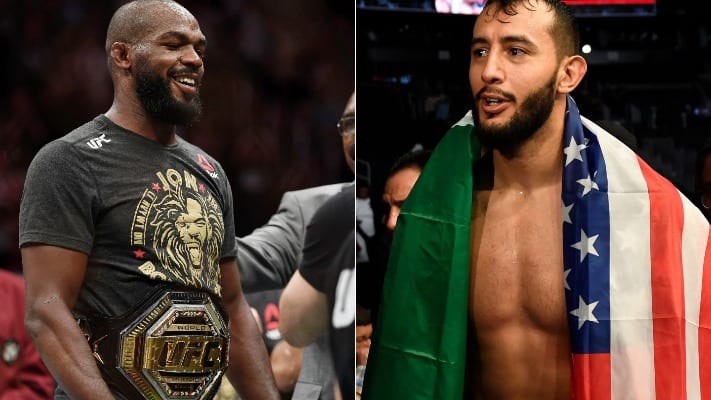 It looks like everyone is in agreement that Jon Jones vs. Dominick Reyes is the next fight to make in the UFC’s light heavyweight division.

As Jones prepares for the next defense of his 205-pound title, “Bones” took to Twitter to reveal that he has looked at film of both top contenders Reyes and Corey Anderson. He has decided that Reyes is “definitely” the more dangerous fighter, and will be fighting him next.

Jones comes off of a split decision victory over Thiago Santos this past summer to defend his title. It was the first split decision of his career. As for Reyes, he is riding a ton of momentum after knocking out former 185-pound kingpin Chris Weidman, as Weidman attempted to make a run at Jones himself by jumping up to light heavyweight.

Even UFC president Dana White recently noted that Reyes’ knockout of Weidman solidified him as the next logical move for Jones.

“I mean, the fight that makes sense right now for Jon Jones is Dominick Reyes,” White said. “Just came off an impressive win over Weidman, and a lot of people saw it. Pulled good ratings on TV. It’s the fight to make.”

What do you think about the matchup between Jones and Reyes?