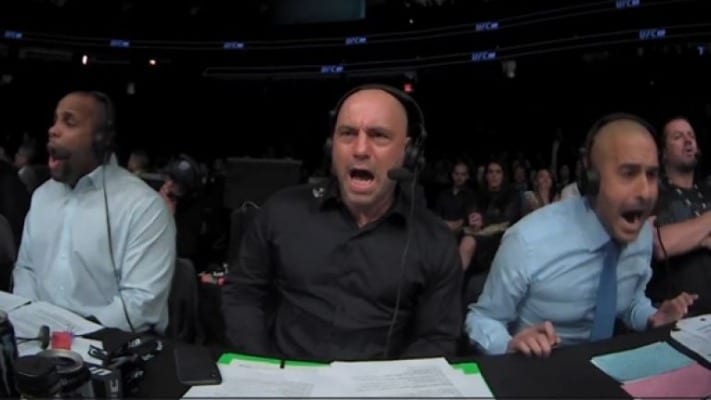 UFC commentator Joe Rogan isn’t only the best in the game for his ability to call a fight, but for his amazing reactions as well.

The UFC recently uploaded a compilation video of some of the best knockouts of all time, paired with Rogan and the rest of the UFC commentary team’s reactions to them. Time after time Rogan and company continue to show that, no matter how many fights they call, they remain just as surprised as we are watching at home.

Check out their reactions below, which features knockouts such as Masvidal’s flying knee on Ben Askren, Daniel Cormier knocking out Stipe Miocic, Ronaldo Souza putting away Chris Weidman, and more.

What did you make of Rogan and company’s reactions to the knockouts?