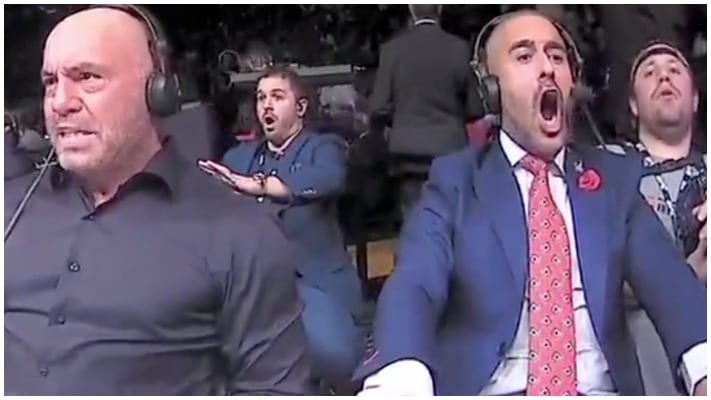 UFC 244 on Saturday served up a lot of knockouts but the biggest one of the night arguably came in the main card opener between Kevin Lee and Gregor Gillespie.

Making his return to lightweight, Lee was in desperate need of a win especially as he was riding a two-fight losing streak. He was facing no easy task either as Gillespie was a decorated wrestler with an undefeated record.

However, Lee managed to make a statement as he put Gillespie to sleep with a vicious head kick early in the first round.

The reaction of the crowd and announcers Joe Rogan and Jon Anik said it all. However, the duo also had a very animated response to the knockout.

As for Lee, he is now back in the win column as he looks to make another run at the lightweight title. Considering this was his first full fight training under Firas Zahabi at Tristar Gym, the future looks bright for “The Motown Phenom.”

What did you think of Lee’s knockout? Did you react the same way?