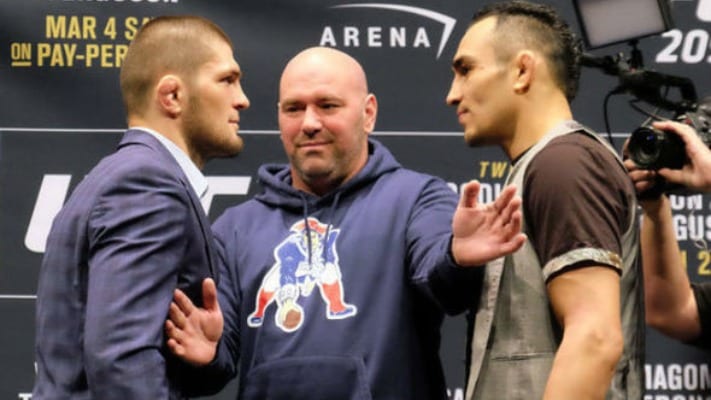 UFC commentator Joe Rogan is one of many who doesn’t understand why Tony Ferguson is being overlooked against Khabib Nurmagomedov.

Ferguson challenges Nurmagomedov for his lightweight title in the main event of UFC 249 on April 18 in Brooklyn, New York. However, there is already talk of Conor McGregor facing Nurmagomedov in a rematch with UFC president Dana White claiming that is the fight that is next for the Irishman.

Of course, Nurmagomedov has to get past Ferguson first, which will be no easy feat. Rogan even believes “El Cucuy” is the toughest fight of his career:

“I don’t know why they’re saying that when Khabib has to fight Tony motherf*cking Ferguson,” Rogan said in a recent episode of his podcast. “Tony’s the boogeyman. That nickname ‘El Cucuy’ is a perfect nickname for that guy. That guy is terrifying. He never gets tired, everyone that fights him look like they fell off a train. It’s crazy.

With all that in consideration, when it comes to a Nurmagomedov vs. McGregor rematch, Rogan says he wouldn’t be making any plans until after April 18:

Do you agree with Rogan?