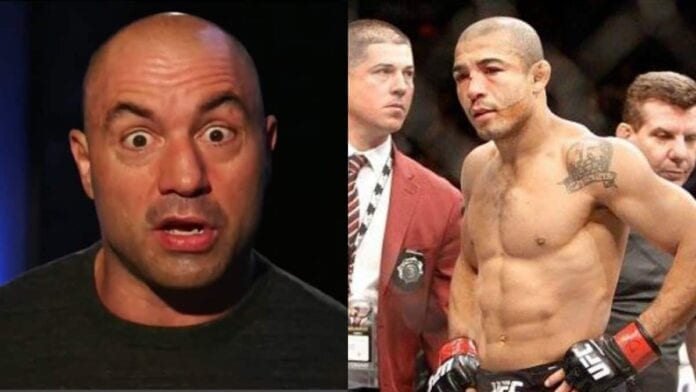 There’s much more to this situation than meets the eye, and Joe Rogan’s reaction to the outrage over his controversial comments is somewhat controversial itself…

UFC color commentator Joe Rogan recently rocked the boat with his comments at UFC 194, comments that were never meant to see the light of day. After noting Jose Aldo looked ‘soft’ and ‘nervous as f*ck,’ Rogans points were put on blast when they were leaked in the days following Conor McGregor’s huge win.

Also stating the Brazilian looked ‘deflated,’ it was obvious at this point what Rogan was trying to say. With stricter USADA testing now in place, the UFC commentator was clearly making the link between Aldo’s physique and the United States Anti-Doping Agency now running the show.

Of course this is pure speculation, but Aldo and his Nova Uniao camp were not happy to learn of Rogan’s comments. Do you see a difference? 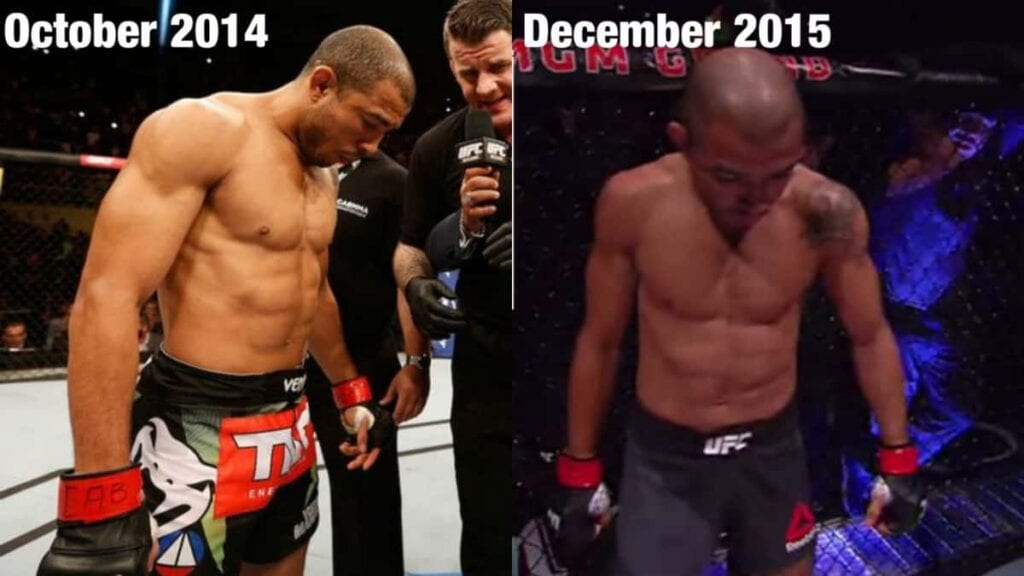 Feathers were ruffled, and Rogan has once again reacted to the world of MMA breathing down his neck. Only this time, his response is far more ironic than his apology for the infamous ‘Cyborg Penis’ jokes.

Skip to page 2 for the response by Joe Rogan…