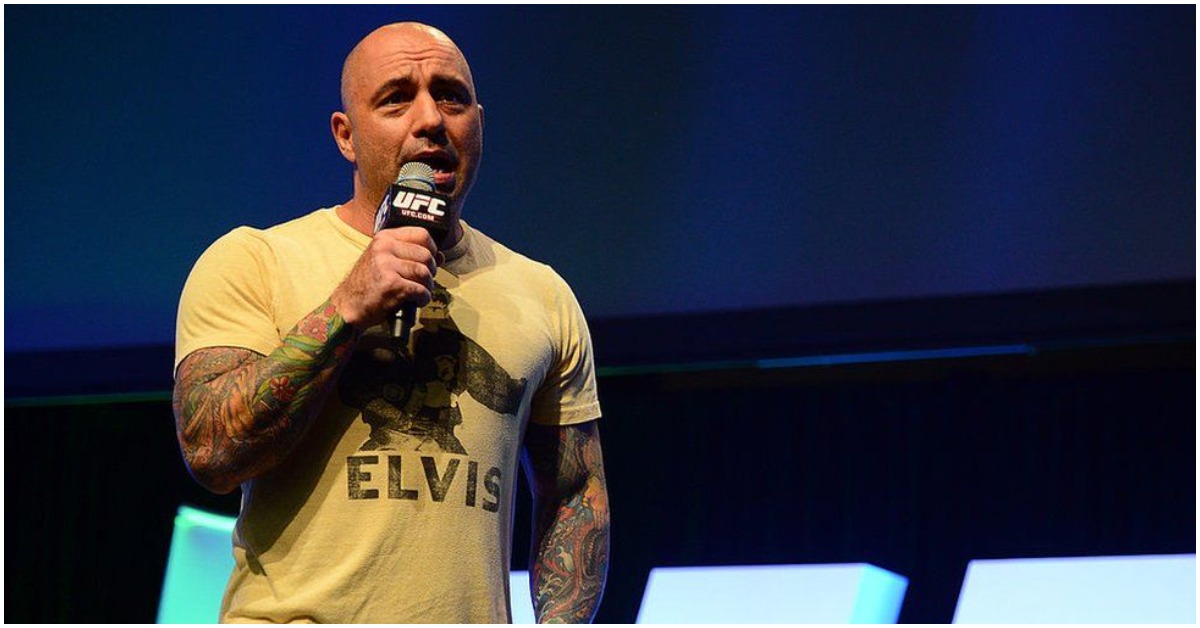 Joe Rogan has revealed he believes the Spotify backlash he received was a political hitjob. However, he still has no issue apologising for his previous mistakes.

The UFC commentator has received a lot of criticism on social media these past few weeks for using racist and derogatory terms in previous episodes on The Joe Rogan Experience. Rogan was originally under fire for his comments surrounding COVID-19, however now the focus is more on Rogan’s racist remarks.

A compilation video was released highlighting every time Rogan had used a racial slur on his podcast which the comedian believes was released for him to answer for his actions.

“In a lot of ways, all this is a relief”

“Because that video had always been out there. Like this is a political hit job so they’re taking all this stuff that I’ve ever said that’s wrong and smushed it all together but it’s good because it makes me address some sh*t that I really wish wasn’t out there.”

Following on from the backlash Rogan removed 70 episodes of his podcast from the Spotify website. It was only in 2020 when Rogan signed his deal with Spotify worth over $100Million, the company has continued to support Rogan throughout this controversy.

After watching the video Rogan realised the gravity of the situation and why people were so disappointed.

“I used to say it if (I was talking about) a Richard Pryor bit or something, I would say it in context,” “Somebody made a compilation of every time I said that word over 14 years and they put it on YouTube, and it turned out that was racist as f*ck. Even to me!

“I’m me and I’m watching it saying, ‘Stop saying it!’ I put my cursor over the video and I’m like, ‘Four more minutes?!’”

Despite realising his mistake in other areas of his work, Rogan has come out and defended his opinions surrounding the pandemic and the virus itself, reminding viewers that he is not a medical expert.

“I talk sh*t for a living — that’s why this is so baffling to me,” Rogan said. “If you’re taking vaccine advice from me, is that really my fault?

“What dumb sh*t were you about to do when my stupid idea sounded better? ‘You know that dude who made people eat animal d*cks on TV? How does he feel about medicine?’ If you want my advice, don’t take my advice.” (transcribed by MMAFighting.com)

Joe Rogan will return to the broadcast booth this weekend for the UFC 271 Pay-per-view.

What do you make of Joe Rogan’s comments?