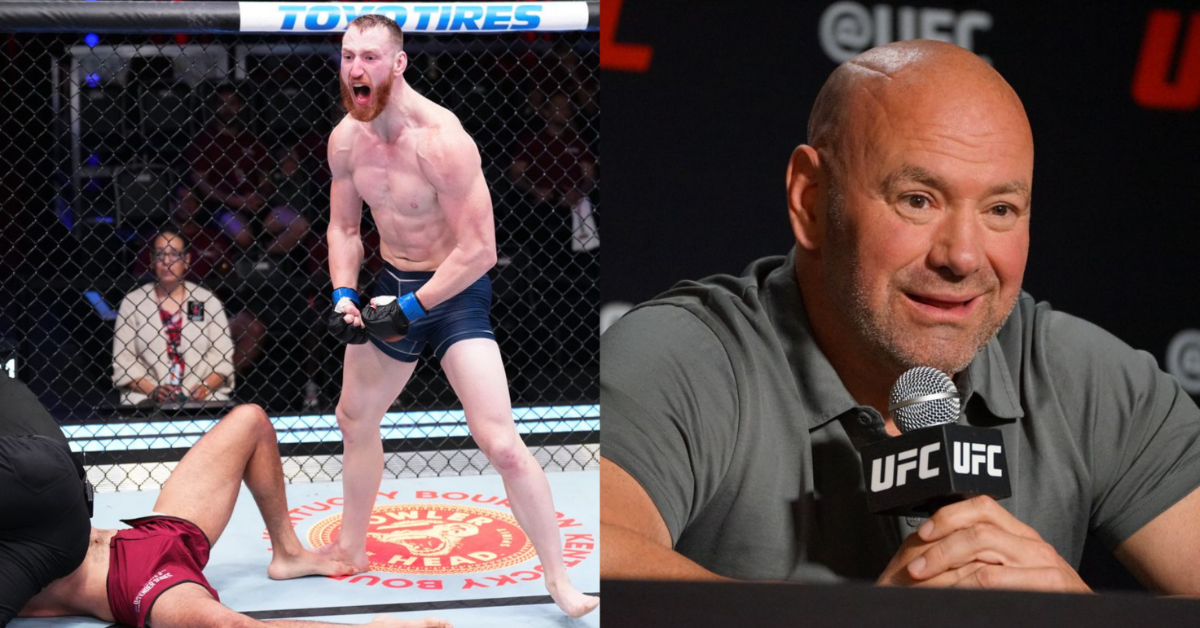 Joe Pyfer wins his UFC debut via knockout, thanks Dana White for giving him money and a place stay for ‘the next year’.

“I believe in good people Daniel, Pyfer began. “I’m not gonna cry but I’m so fortunate to be here man. Sleeping on a park bench, running away from home, from abuse to being here. This is something I’ve been watching since four-and-a-half years old and doing, so, I’m in love with the game baby, lets go!”

Pyfer also took time to thank UFC President, Dana White, for providing him with ‘cash on the side’ at the DWCS.

“I just want to give a shout out real quick,” Pyfer said. “Thank you to Dana White, that man gave me cash on the side and gave me a place to live for the next year.

Pyfer would double down on his support for White during his post-fight press conference, suggesting that Dana White receives undeserved criticism for being ‘a bad guy’

“I asked Sean Shelby in the cage, let me talk to my boss,” Pyfer said. “I told him that I need to talk to him because I need to thank him because he gave me home for a year. He gave me money on the side of contender and really that secured me being able to have a place to live for the next year.“

“I think the guy gets s**t on a lot for not being a good dude and whatever bulls**t people say sometimes but as far as he has treated me, he’s treated me gracefully, he’s my boss. I wanna like him, I wanna respect him and I have all the respect in the world for him, so for me it means something to go and shake my boss’s hand after I go and I work for him.“

What did you think of Joe Pyfer’s performance?