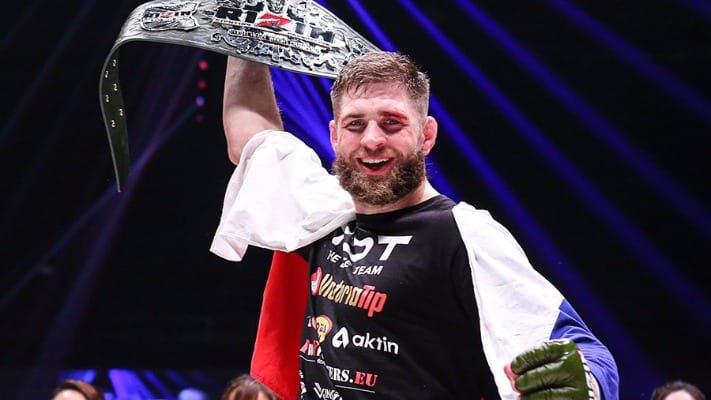 Jiri Prochazka, who was the reigning RIZIN light heavyweight champion, signed with the UFC recently. Many were surprised about that given Bellator was talking about Ryan Bader vs. Prochazka.

For the Czech fighter, he said Bellator did offer him a contract but the UFC has always been his dream.

“Yes, we talked to Bellator about the Ryan Bader fight but the UFC was always a bigger target of mine, so we signed with them instead,” revealed Prochazka to BloodyElbow. “The UFC approached me after my fight against Dollaway and the talks were completed very quickly. They made us a really good offer so we took it right away. Since I began my MMA career eight years ago, being in the UFC was always my dream.”

In RIZIN, Prochazka became a star and made massive strides in his career.

“I really enjoyed competing for Rizin, because I like the idea of the samurai and the Bushido spirit,” Prochazka explained. “They also enjoyed having me because I had good fights with lots of action. I love Japan as a country and Rizin helped prepare me for taking on the best in the world. So now is the time to win it all.

“I’ve changed so much since my first fights in Rizin and I am a totally different fighter now,” he continued. “After every fight, I grew and improved in some way. I’m still trying to be better every day, and my aim is to be the absolute best. I train with this goal in mind all of the time.”

When he will make his Octagon debut is unknown at this time. But, he says ht is adding some much-needed new blood into the UFC’s light heavyweight division.

“I think the light heavyweight division in the UFC needs new and fresh guys who can look to challenge the top five,” stated Prochazka. “At this point in my career, I don’t want to hang around and build myself up; I want to jump into the top ten right away. When I know who my opponent will be, I’ll be ready. My next goal is to win my first fight in the UFC with one of my best performances ever. I want to show the world what I am capable of.”

Who do you think Jiri Prochazka should fight in his UFC debut?