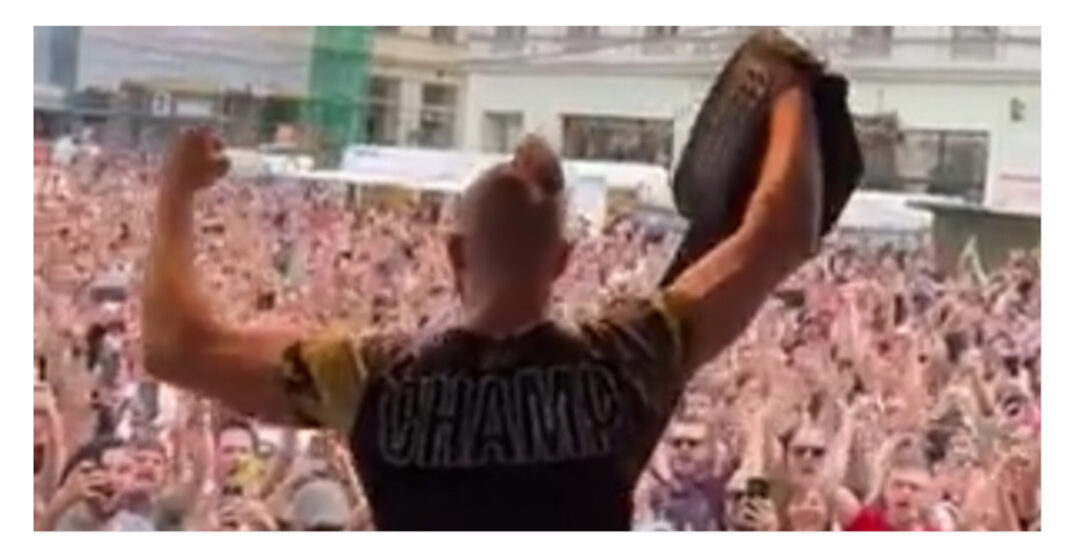 Jiri Prochazka caught Glover Teixeira in a submission in the fifth round of their championship bout, after being down on most judges scorecard. He was welcomed back to his home country of the Czech Republic with a parade in his honor.

Prochazka and Teixiera’s fight was quite possibly the greatest Light Heavyweight championship fight of all time. It is up there with Jon Jones vs Alexander Gustafsson, in terms of how entertaining of a fight it was. Prohcazka pulled the win out of nowhere, when it looked like he was either going to be finished, or was well on his way to losing the fight on the cards.

Teixieria fought a great fight as well, so an immediate rematch could possibly be in the cards for him. He has even already started campaigning for a rematch, by asking Prochazka and the organization to run it back.

The parade has so many people in it to greet the new champion, and it stretched far down the street it was on.

Prochazka became the fastest fighter to win the Light Heavyweight championship since Quentin ‘Rampage’ Jackson did it back in 2007. Prochazka captured the title in only his third fight in the UFC and won it at the young age of 29. Prochazka made sure to wait until he felt he was 100% ready for the UFC, to make his debut. The waiting looked to have paid off, as he ascended the division very quickly.

It truly was a story of the youth, overtaking the old. Teixiera had become the oldest fighter to win the championship for the first time when he beat Jan Blachowicz in late 2021. He won it at the age of 42.