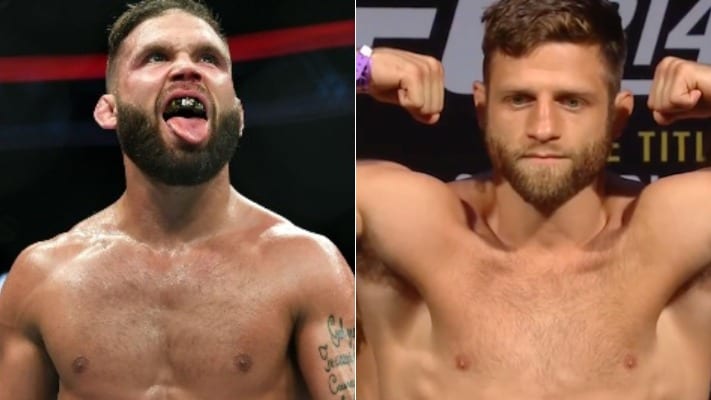 A featherweight bout between Jeremy Stephens and Calvin Kattar is reportedly targeted for UFC 249.

The duo were initially slated to compete against each other at UFC 248 on March 7 in Las Vegas, Nevada. However, Stephens recently had to withdraw due to an undisclosed injury.

It looks like it was only a minor one, though, as the bout will be rescheduled for UFC 249 which takes place April 18 in Brooklyn, New York. That’s according to multiple sources close to MMA Fighting who claim that timing, not an injury, was the major issue with the fight happening in March. The pair have instead verbally agreed to compete in April.

The bout was never made official by the UFC but an announcement should be expected soon.

Stephens is without a win in his last four outings. He suffered a TKO defeat to Jose Aldo before getting outpointed by Zabit Magomedsharipov earlier this year.

He then fought a no contest with Yair Rodriguez due to receiving an eye poke before losing the subsequent rematch via unanimous decision. A win over Kattar would get him right back on track.

As for Kattar, the New England native saw his two-fight winning streak snapped after losing a unanimous decision to Magomedsharipov back in November. He can get back on track as well with a win against a big-name opponent in Stephens.

UFC 249 will be headlined by a lightweight title fight between Khabib Nurmagomedov and Tony Ferguson.

What do you think of the fight being booked for UFC 249?