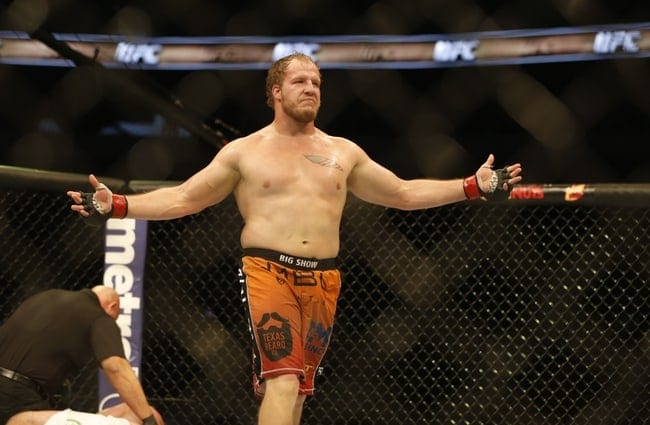 Coming in off the biggest win of his career over all-time legend Antonio Rodrigo Nogueira at UFC 190, ‘The Skyscraper’ sought a path to the top of the shallow heavyweight arena.

The bout started off tentative, with Struve stalking down Rosholt with some selective strikes. Rosholt then changed levels with a takedown, working some ground striking to seek a crucifix position to end the frame controlling ‘The Skyscraper”.

In the second, Struve controlled the pace with his reach, but Rosholt shot for another takedown. His first attempt was unsuccessful but his second was not as the Oklahoma State Cowboy drug Struve down and sought to blanket the Dutch striker. Struve did land a strong upkick and some solid elbows on the ground.

In the final frame, Struve came out with a low kick and worked his jab. Perhaps needing to stop the fight to win, Struve looked to time his uppercut but was mostly unsuccessful.  He scored with a solid head kick and some hard punches, but Rosholt clinched and secured his final takedown to land in side control. A tired Rosholt failed to keep Struve down, and ‘The Skyscraper’ actually used a judo toss to ground Rosholt to land some more sharp elbows as the fight wore down.