LowKickMMA.com
Home UFC News Jake Shields Hopes Nick Diaz ‘Does It Right’ For His Next Fight 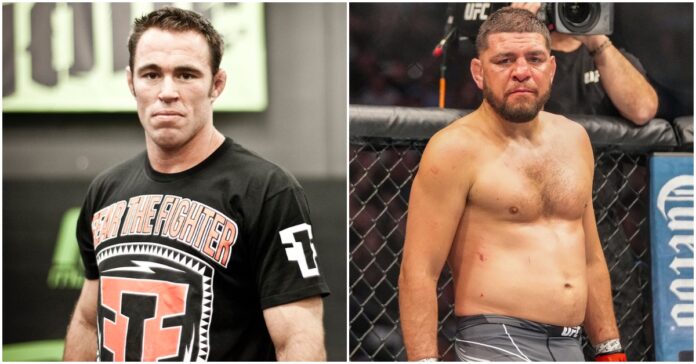 Jake Shields is hoping that his longtime training partner Nick Diaz takes his camp serious for his next fight and does it right, rather than phone it in.

Diaz had his first fight back in 2021 after a six year layoff. While it was his first fight back, Diaz did not look great against Robbie Lawler. While he has aged considerably, Diaz had looked to be in the worst shape of his fighting career in that fight. Diaz is a fan favorite amongst MMA fans, but to see him go out there and try and put on a show with not enough training was hard to watch.

According to Dana White, Diaz wasn’t prepared enough for that fight and thought he may have been doing it out of necessity rather than wanting to perform again.

Now, Cesar Gracie is claiming that MMA fans should expect Diaz to come back before the year is up.

Jake Shields is looking out for his former training partner and wants him to get a solid training camp in if he is going to come back into the octagon by the end of the year.

“I think he wants to (fight again), but I really hope he has a proper camp and does it right,” Shields said on the JRE MMA Show (Transcribed by BloodyElbow)

“I think a lot of it was his motivation. He was kind of, like, pushed into the fight… the fight happened so quick, and he hadn’t been training at all. Then all of a sudden, he was, like, fighting in two months. It was this kind of rush, he didn’t have a chance to do a camp. Nick’s like a brother, I really hope he fights again. But he needs to make sure to properly do a camp.”

Diaz is one of the more memorable fighters in UFC history and everyone hopes he takes his training serious. The UFC is a better place with a determined Nick Diaz.

Would you like to see Nick Diaz back in the octagon?