LowKickMMA.com
Home Boxing News Jake Paul Shuts Down Amanda Nunes Fight: ‘No One Knows Who She... 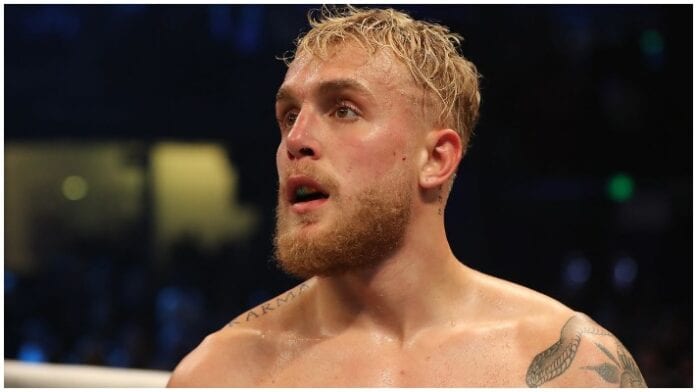 Jake Paul has shut down talk of a potential fight between him and UFC dual weight champion Amanda Nunes.

The YouTube star transitioned to boxing in 2020 and has had some success against extremely low-level opposition. In November, the 23-year-old scored a spectacular knockout win over former NBA player Nate Robinson on the undercard of Mike Tyson vs. Roy Jones Jr.

Post-fight Paul called out SBG teammates Dillon Danis and Conor McGregor. Since then he has attracted huge attention from the MMA world and is now on the verge of facing off against former ONE Championship and Bellator titleholder Ben Askren in March.

UFC boss Dana White previously expressed his frustration at Paul’s constant ramblings and even threatened to let the greatest female fighter of all time beat him up, an idea Nunes was certainly behind.

In a recent interview with TMZ Sports Paul explained why he has no interest in partaking in an inter-gender fight with the UFC double champ, he said.

“Nah, I wouldn’t fight her. Waste of time. No one knows who she is. There’s not a lot of hype there. Plus, there’s no history. I wanna knock out Dilon because we’ve been talkin’ s**t back and forth for 2 years, I’ve hooked up with his girlfriend, he’s all butt-hurt about it, there’s history there.”

Paul went on to say his ultimate goal is to fight McGregor and a fight with Nunes does not bring him any closer to that match-up.

“So, why would I waste my time doing some bulls**t like [boxing Nunes?],” Paul said.

A fight with McGregor seems somewhat far-fetched right now. The Irishman is currently preparing for a eagerly anticipated rematch with Dustin Poirier which is set to take place on January 23 at UFC 257. McGregor has also been linked to a fight with Filipino boxing legend Manny Pacquiao in 2021.

Do you want to see Jake Paul box Amanda Nunes?