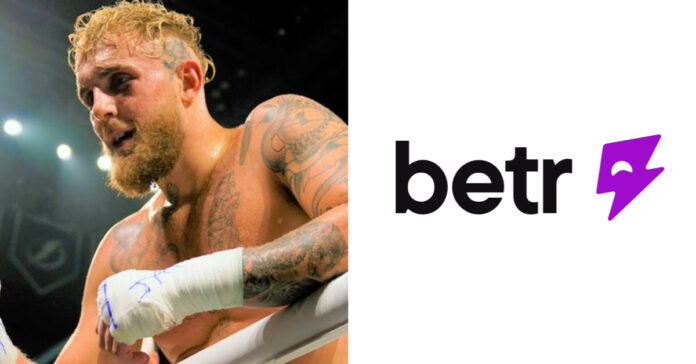 The news comes just a week after his multi-million-dollar fight with Hasim Rahman Jr at Madison Square Garden on August 6th was canceled due to Rahman’s struggling to make the 200lbs weight limit.

Although a back and forth between Paul’s old rival KSI sparked the possibility of the long-awaited clash, shortly after his canceled bout. Time has run out to find an opponent, however, Jake Paul hasn’t let that stop him from making himself some money.

Jake Paul and his co-founder Joey Levy have been the leading investors in the Miami-based company.

With the launch, Paul will now host his own show called ‘BS with Jake Paul’. He will be joined by the distinct faces of: Stephen A. Smith, Pat McAfee, Skip Bayless, and finally Shannon Sharpe.

‘The Problem Child’s’ show is part of his ‘Sports Media Content Factory’ under ‘BETR’. The app will aim to produce new content, as well as focusing on its direct-to-consumer sports book that focuses on live, in-game micro-betting in real-time.

In a recent post, Jake Paul claims he even turned down a $40 million dollar offer from “one of these crypto betting companies,” so he could pursue his investment with BETR.

READ MORE:  Beneil Dariush Expects To Be The Backup For Charles Oliveira vs Islam Makhachev

“I wasn’t into sports betting until I was introduced to micro-betting,” stated Paul.

“Micro-betting is the TikTok-ification of sports betting and I am excited to bring it to the masses through Betr. We are in this for the long haul and are focused on doing things the right way.”

“We are getting licensed state-by-state, adhering to each state’s regulatory framework while advocating for important consumer protections and responsible gambling. We want to be the category-defining consumer company in both sports betting and sports media by the end of the decade and are confident we will achieve that goal.” (Transcribed by MMAMania.com)

What do you make of Jake Paul’s latest investment?