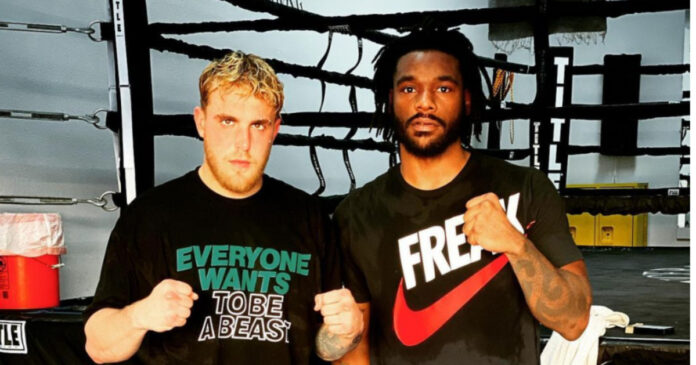 The fight between Jake  Paul and Tommy Fury is reportedly off, with ‘The Problem Child’ now set to face Hasim Rahman Jr.

Last week, shortly after the official announcement had been made that the fight between Jake Paul and Fury was finally going to take place on August 8, Fury was denied entry to the US.

Before even getting on the plane at Heathrow airport, Homeland Security told Fury that his ESTA had been denied, this probably being due to the Fury’s links to Daniel Kinahan. Kinahan is allegedly the boss of an international multi-billion-dollar drug cartel based out of Ireland.

In April the US government introduced sanctions on the Kinahan’s and their associates, also putting a 5 million dollar reward for information that would leave to the arrest of either Kinahan, his brother Christy Kinahan Jr. and his father Kristy Kinahan Sr.

Although it seemed that Fury’s denied entrance was a bump in the road, it was assumed that somehow the situation would be remedied and the event would go ahead. However, it now seems that we will not see the fight between Fury and Paul take place, as ‘The Problem Child’ has since found a replacement for the August 6 date.

Jake Paul is now set to take on one of his former training partners and heavyweight boxer, Hasim Rahman Jr.

Rahman is the son of heavyweight legend Hasim Rahman Sr., who had his best years in the late 90s to the early 00s, having famously knocked Lennox Lewis out to capture the heavyweight title.

Although not quite on the same level as his father, Rahman has carved out a solid professional record for himself of 12-1, with half those wins coming by stoppage. Rahman’s most recent outing would see him be TKO’d by James McKenzie Morrison, who is the son of former heavyweight world champion, Tommy Morrison.

Although this may seem a big step up in class for Paul, and is a better opponent than Tyron Woodley, it is not as daunting as it may seem. Rahman does not hold a win over a fighter with a positive record (more wins than loses) and when he did take a step up in class against Morrison, he was thoroughly beaten, with all judges awarding every round to Morrison before Rahman was knocked out.

Paul has spent time sparring with Rahman, and he and his team obviously see something that they feel they can take advantage of.

What do you think of Jake Paul vs. Hasim Rahman Jr.?