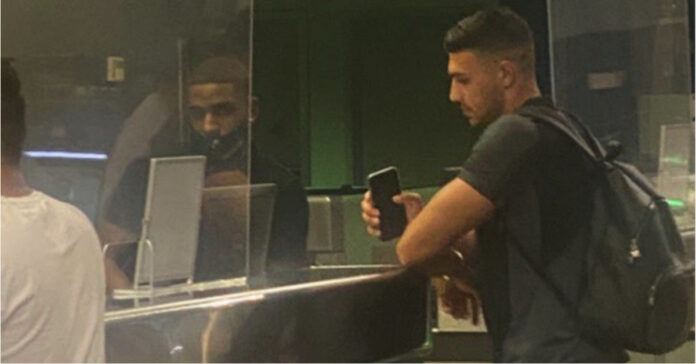 Ahead of his scheduled August 6. professional boxing return against the undefeated, Jake Paul, former reality tv star, Tommy Fury has confirmed that he has been denied entry to the United States by immigration officials, ahead of a slated press conference on Wednesday in New York City.

Fury, the younger brother of reigning WBC heavyweight champion, Tyson Fury – also saw his elder sibling denied boarding on two separate flights from Manchester and Liverpool to the United States over the course of the last week, amid links with reputed cartel boss and drugs baron, Daniel Kinahan.

Attempting to secure two separate flights to the United States in recent weeks, Tyson Fury was denied travel by immigration officials, amid his links with the aforenoted, Kinahan, who the United States Office of the Treasury placed a reward of up to $5,000,000 on back in April. Kinahan, a native of Dublin has been previously named as the leading operator of the transnational drugs and weapon cartel, KOCG (Kinahan Organized Crime Group).

Expected to appear at a high-profile press conference alongside Ohio native, Paul on Wednesday at Madison Square Garden ahead of an August professional boxing match, Tommy Fury confirmed on his official Instagram that he was denied entry to the United States by immigration officials.

“Me and my team arrived at Heathrow Airport ready to fly out and as soon as I entered the airport I was pulled to one side and told by a Homeland Security Officer that my ESTA had been denied and that I wasn’t able to travel to the USA for a reason that I apparently know,” Tommy Fury said in a video on his Instagram Stories.

“Now I’ve got to go to the embassy trying to resolve it and I’m in the middle of training,” Tommy Fury continued. “I don’t know why this has happened, a huge shock to me and my team. It’s government issues and it’s a lot bigger than this fight right now and I’m trying to get it sorted.” (Transcribed by Irish Mirror)

“You (Jake Paul) can have it on the sixth of August but it’s got to be not in America because all of us (sic), I’ll be honest with you, are suspended and banned for life, I can’t get to you at all, Tyson can’t get to you because he’s a got a few issues at the moment so Tommy’s got no team.”