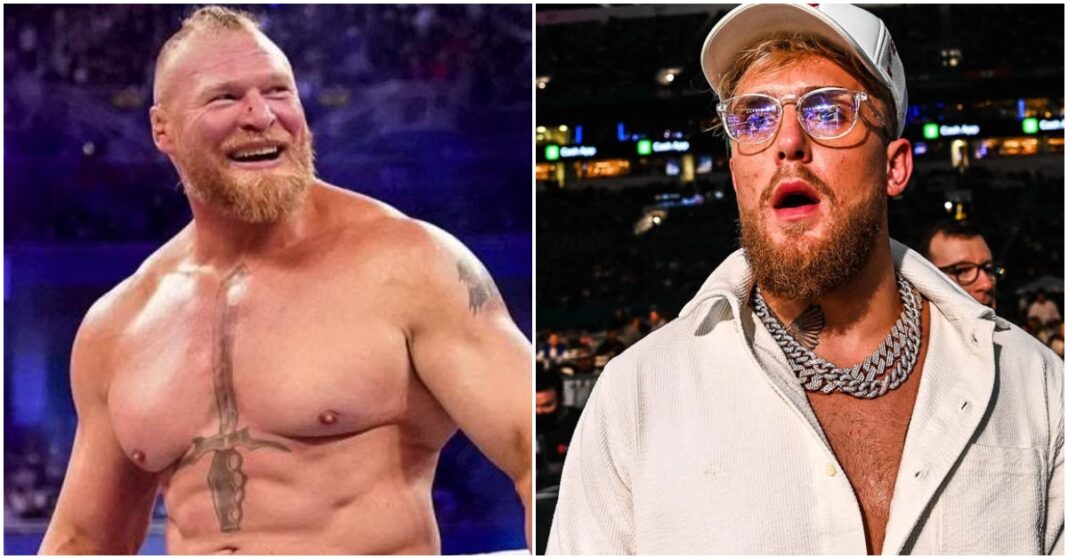 “Great for YouTube,” Lesnar said of The Paul Brothers during a recent interview with The New York Post. “I’m happy for those guys. They worked at something. They built their name up. They thought outside the box, they promoted themselves.”

Lesnar even suggested Logan Paul could successfully transition to the WWE.

“Can he become a professional wrestler?” Lesnar said. “Maybe if he puts as much ambition into that.”

Paul, who is clearly a big fan, took to social media to express his joy after reading what Lesnar had to say about him.

“Wow Brock Lesnar supporting my brother and I is crazy, we loved him and used to watch him all the time growing up. GO CHASE YOUR DREAMS TODAY,” Jake Paul wrote on social media.

Paul transitioned to boxing in 2020 and has quickly amassed a 5-0 professional record in the sport. The former Disney star is yet to face an actual boxer and holds wins over a fellow YouTuber, a basketball player as well as two former UFC fighters.

The 25-year-old has recently been flirting with the idea of transitioning to MMA, but he apparently wants big money and big fights in order to do so.

Last week, Paul took to social media with a proposal for UFC president Dana White that could see the internet celebrity square off against Conor McGregor inside the Octagon.

“Dana – Since you like me now, how about a 1 fight UFC deal to fight Conor,” Paul wrote. “If I win, you agree to my UFC fighter pay and healthcare proposal. If I lose I donate my entire purse to all UFC fighters who make less than $50K a fight and never mention UFC again Deal?”

Do you think we’ll see Jake Paul transition to MMA in 2022?