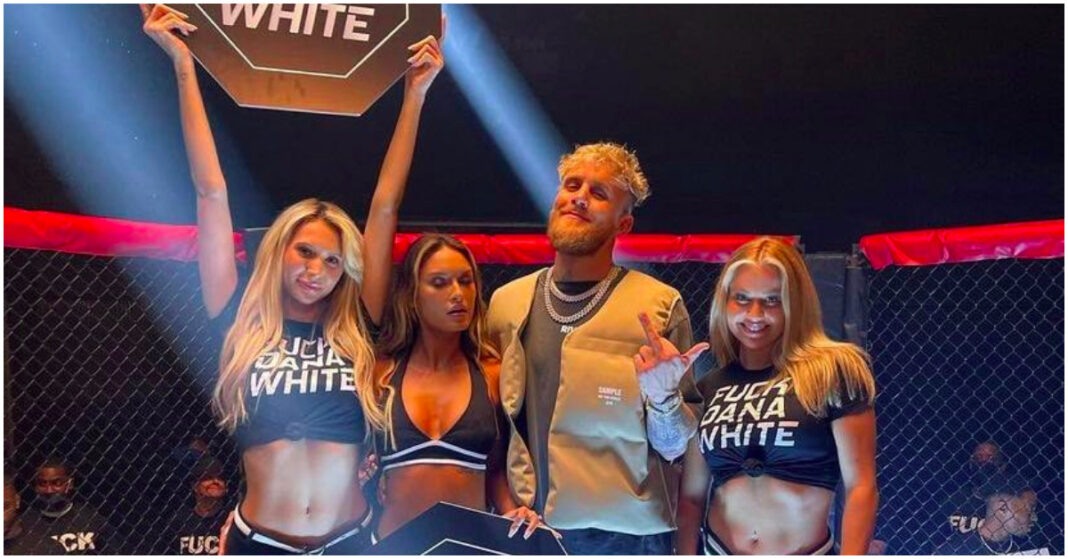 It appears as though Jake Paul’s feud with Dana White is about to embark on another chapter as ‘The Problem Child’ announced he will be releasing a diss track aimed at the UFC President.

In a sitdown with Stephen A. Smith Thursday, Paul was asked whether he had legitimate aspirations to fight inside the octagon or his antics were solely to raise awareness on the issues he holds White accountable for.

“It’s really about the fighters,” Paul said. “You know, I get in the gym and I’ve seen how hard these guys work and how mistreated they are and how underpaid all of them are. It’s really about fighter pay and getting them health care and poking the bear and disrupting his whole, entire business. I’m dropping a diss track on Dana White tomorrow morning so you will see that and I’m not stopping anytime soon.”

Paul went on to say that his long term goals include creating a fighter’s union in hopes to impact the entirety of combat sports enough to invoke true change in the industry. Check out the full interview below:

This is nowhere near the first time the YouTube star has been involved in some type of altercation with the UFC boss, as their war of words has gone on for nearly a year now.

After a public back and forth dispute had both parties calling each other out on social media, Paul made yet another splash last week when he announced that he had purchased shares in Endeavor, the media company that oversees UFC operations. Paul says this was so he could have a voice and be able to see the issues and fix them from the inside rather than just being an outsider with a platform.

Do you think Jake Paul is doing the right thing by challenging Dana White to pay his fighters more money?