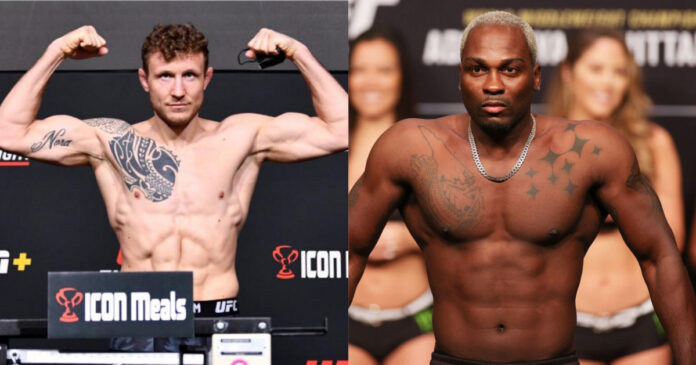 Jack Hermansson has stated that he would like to face Derek Brunson next following his 3-round win over Chris Curtis at UFC London.

In the co-main event slot last Saturday, Jack Hermansson would face off with surging UFC newcomer, Chris Curtis. For many, this fight was difficult to call, though many online picked the unranked Curtis to get the job done. However, the veteran guile of Hermansson proved just too much, as comfortably earned himself a decision victory.

This win would put Hermansson back on track, reigniting his hopes of pushing for a title shot. ‘The Joker’ is now targeting a bout with an opponent further up the rankings, specifically No.4 ranked Derek Brunson.

When talking to Ariel Helwani as part of the MMA Hour, Hermansson would call out Brunson:

“For his last fight, he says he was gonna have one more. He’s up there in the rankings so I wanna get up there. He wants another good good fight, why not fight The Joker.”

Hermansson taking on Brunson is the fight that makes the most sense for the pair. Just in terms of logistics alone, all of the fighters above Hermansson are either booked or are freshly coming off losses.

Both men will look at this matchup and feel the fight is more than winnable. For Brunson, his next fight will reportedly be his last, as he begins to look at a future outside MMA. Hermansson may well be the perfect farewell fight for him, as the American will no doubt see vulnerability in Hermansson’s game as, although hard to put away, ‘The Joker’ has struggled against the division’s elite.

For Hermansson, he will likely feel his grappling will be good enough to fend off Brunson’s elite wrestling, whilst simultaneously having the edge in the striking department. Brunson is also now at the age of 38, where his durability may not be what it once was.

What do you think of Jack Hermansson vs. Derek Brunson?