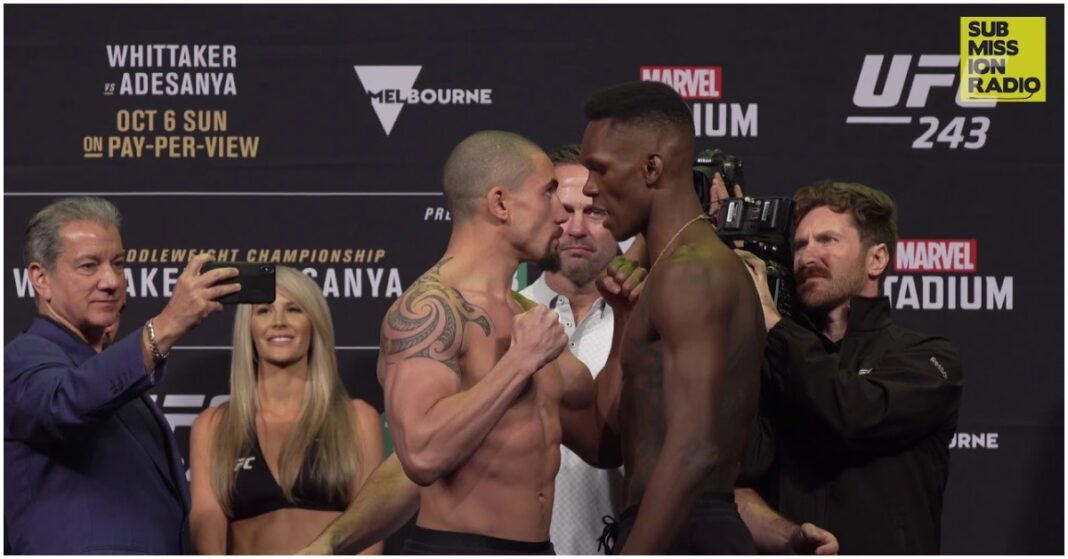 Israel Adesanya and Robert Whittaker will officially square off on in a rematch for the middleweight title on Feb.12th at UFC 271.

The broadcast of the UFC 269 broadcast made the fight official after months of speculation. Whittaker and Adesanya will square off in an anticipated rematch after ‘The Last Stylebender’ dethroned Whittaker back in 2019.

Whittaker has won his last three fights since losing his title to Adesanya. He has won all three fights in dominant fashion as well, winning them by unanimous decision. Those three wins being against Darren Till, Jared Cannonier, and Kelvin Gastelum.

On the other hand, Adesanya has been dominant inside the division since winning the middleweight title. He has defended his title against, Yoel Romero, Paulo Costa and Marvin Vettori.

Israel Adesanya and Robert Whittaker will headline the UFC 271 card in Houston, TX.

Both have been on a tear of the middleweight division and are by far the two best fighters in the division. The only loss that Adesanya has had as a professional MMA fighter was against Jan Blachowicz. ‘Izzy’ decided to jump up and try to capture the light heavyweight championship, but ultimately failed.

Whittaker’s only loss since 2014 was to Adesanya, but as stated has bounced back terrifically. Whittaker has been improving with every fight since his loss to Adesanya and Whittaker is Adesanya’s biggest test inside the middleweight division.