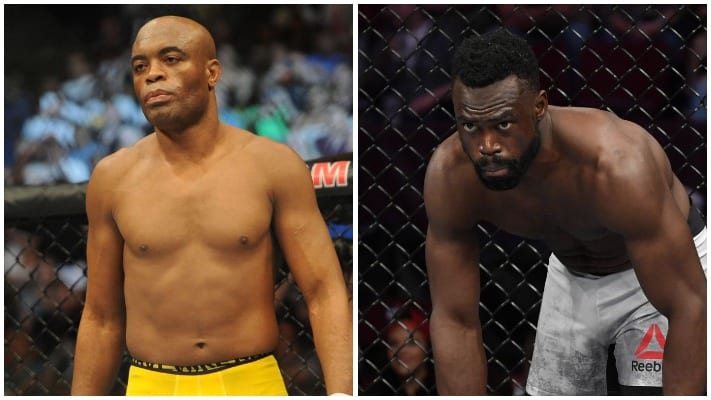 UFC middleweight champion Israel Adesanya is one person who will be paying close attention to the upcoming Uriah Hall vs. Anderson Silva fight this weekend.

The pair will collide in a middleweight bout that will headline UFC Vegas 12 on Saturday in what is expected to be Silva’s final mixed martial arts fight.

Silva, of course, is Adesanya’s idol and it looks like he will be getting a chance to sit ringside and watch the former middleweight king’s final fight.

While he is not counting “The Spider” out, Adesanya believes Hall can come away with the victory if he simply sticks to the basics.

“He might even stop Uriah but, I’m telling you, if Uriah just sticks to basics he might give him problems, but this is fighting.”

Adesanya notably faced Silva in their UFC 234 fight in February 2019 that saw “The Last Stylebender” come out on top via unanimous decision.

Adesanya admits he would have preferred to be the one sending Silva off but does view Hall as a good stylistic matchup if this is indeed his last-ever fight in mixed martial arts.

Silva hasn’t competed since a TKO loss to Jared Cannonier in May last year. Hall, meanwhile, is on a two-fight winning streak and last competed in September last year when he defeated Antonio Carlos Junior via split decision.

Who do you have winning this weekend?