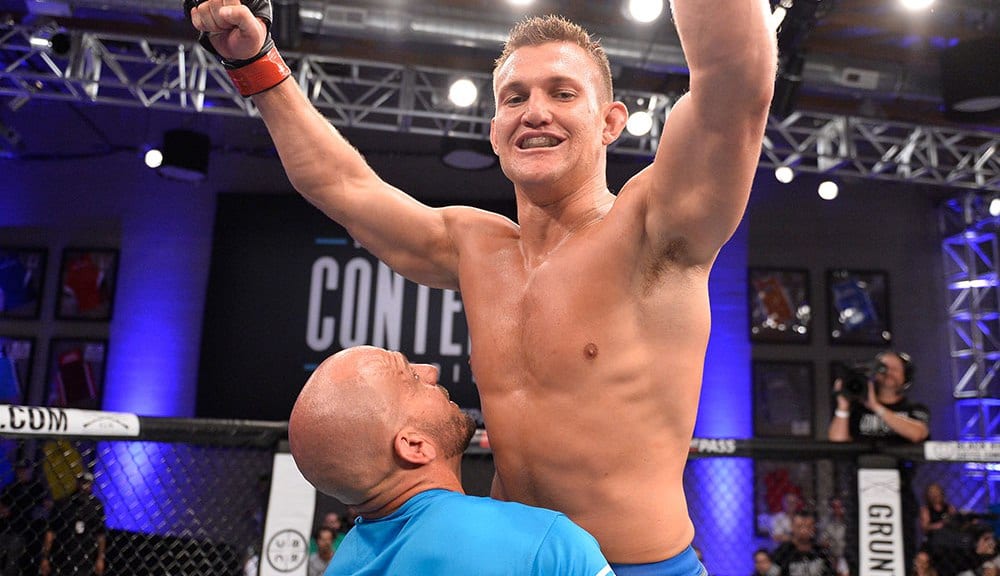 Ian Heinisch is fresh off an impressive performance and with confidence sky high, he has called out a worthy contender for his next fight.

Heinisch scored a unanimous decision win over Antonio Carlos Junior at the UFC Rochester (also known as UFC on ESPN+ 10) event that took place on Saturday, May 18, 2019 at Blue Cross Arena in Rochester, New York. As a result, this win improved him to a 2-0 record under the UFC banner.

Following the fight, the rising prospect made it known that he wants a piece of Brunson. As for the reason, it’s simple, he thinks he can beat him in a fight that would no doubt be entertaining.

“I just feel I can beat him, you know?” Heinisch told MMAJunkie. “I’m believing it, and once I believe it, you know, it seems to come true. I believe in that right now and just watching his fight didn’t impress me that much, and I would like to fight him.“

Brunson scored a unanimous decision over Elias Theodorou at UFC Ottawa on May 4, 2019 at the Canadian Tire Centre in Ottawa, Ontario, Canada, on ESPN+. This was an important fight as he had dropped his two latest outings inside of the Octagon. He lost to Ronaldo Souza in January 2018 and Israel Adesanya at UFC 230 by TKO later that year.

Heinisch expects a number next to his name when the next middleweight rankings come out later this week. Unless he can’t get Brunson, he does have a backup plan which is to fight Jack Hermansson.

“I think that’s going to get a number next to my name, hopefully by Monday, then I’m looking at a top 10. Jack Hermansson, man, he’s just killing it right now, and I’d love to get him. Derek Brunson, I’d love to fight him. So either one of those guys comes to mind,” Heinisch said. “But anyone in the top 10 will do.”

Vicente Luque vs. Belal Muhammad 2 Set To Headline On April 16