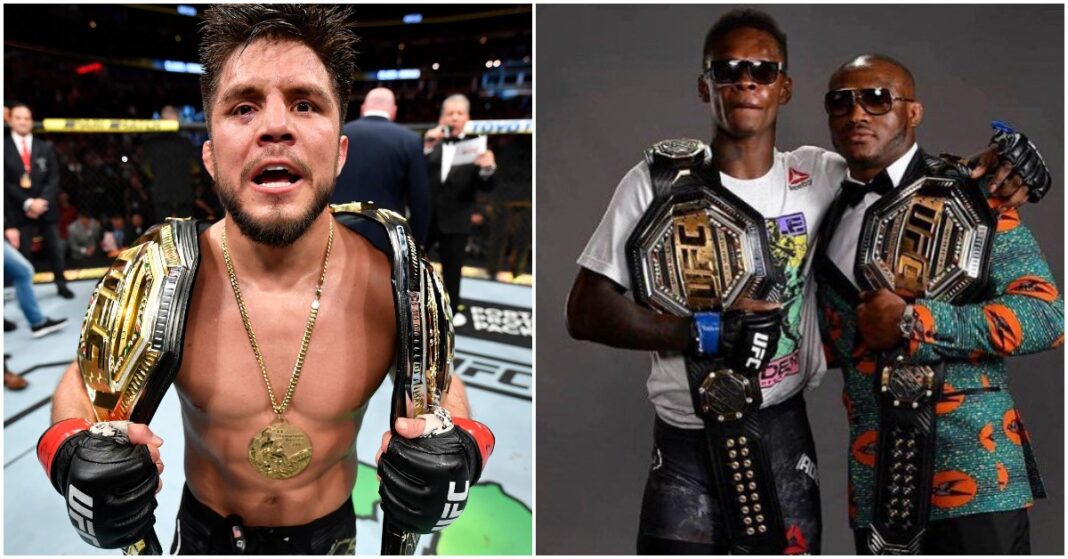 ‘The Nigerian Nightmare’ defend his welterweight title for the fifth time when he squared off against Colby Covington in the UFC 268 main event this past weekend.

“I’m sure if it’s the African pride, I kind of get that, but I don’t get that,” Cejudo said on the latest episode of ‘The Triple C and Schmo Show‘. “Actually, as a matter of fact, I really don’t get that. Because to me, it’s all about legacy. Somebody else in the near future is going to be able to go through the same run that Kamaru Usman did. But the difference is that can you win a second belt? And can you defend that second belt? And that’s what I want from ‘The Nigerian Nightmare.’ I want him to go up. I want him to fight ‘Izzy.’ I just believe he has a perfect style to beat somebody like ‘Izzy’ because he has wrestling.”

Until recently, Usman has been adamant that he will not step up to middleweight until Adesanya has lost or vacated the 185lb strap. However, in the build-up to UFC 268 the welterweight champ somewhat changed his tune.

“Adesanya is my guy, that’s something me and him would have to discuss,” Usman said of a potential fight with his countryman. “There’s a difference between fighting and competing. If me and him decide we want to compete, and the UFC is throwing 100 million dollars at us, then we’ll make it happen.”

Do you agree with Henry Cejudo? Is it time for Kamaru Usman to step up to 185lbs and take on Israel Adesanya?