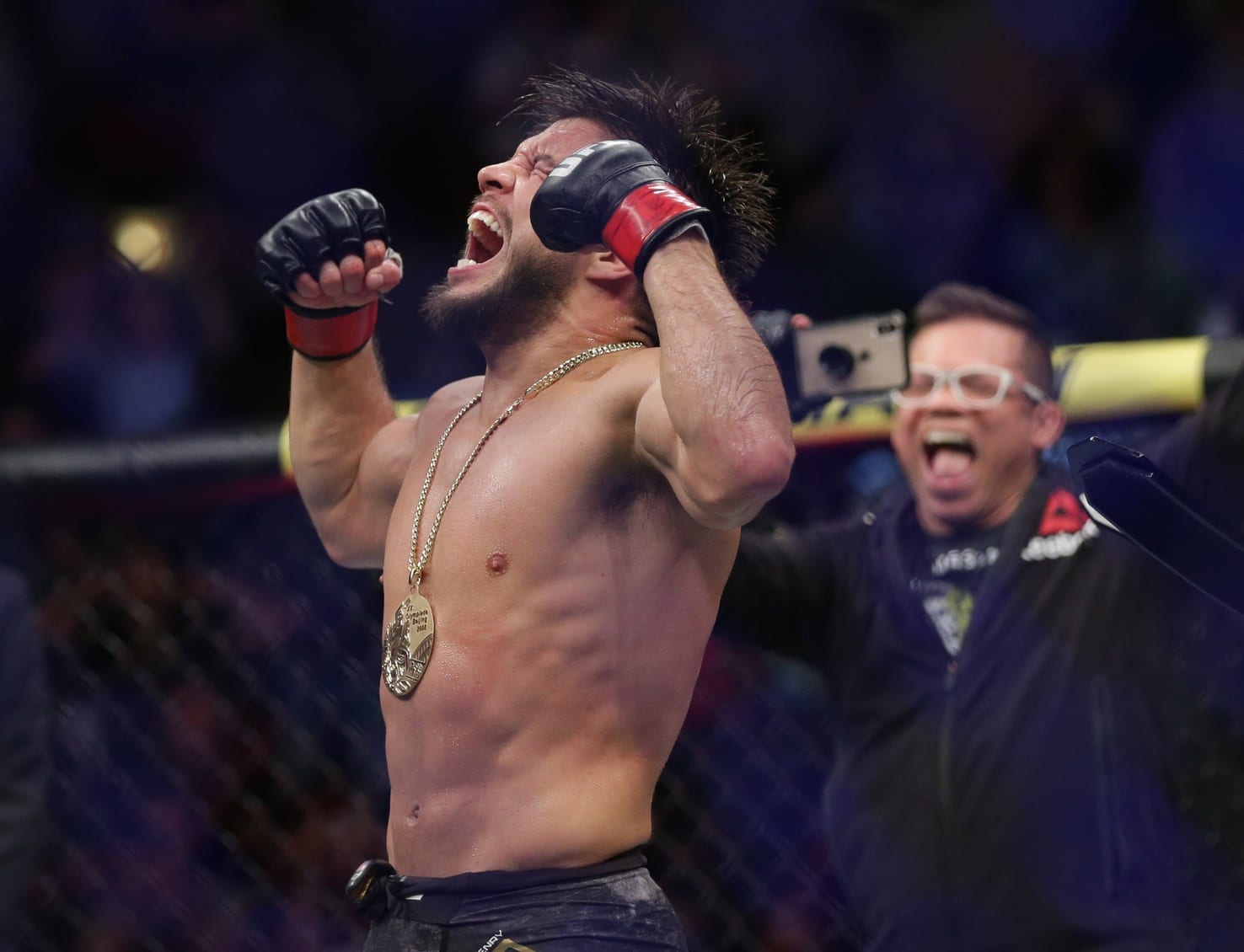 Dana White may not agree with Henry Cejudo‘s claims that he’s combat sports’ best pound-for-pound fighter. However, hopefully, they can come to an agreement on his financial worth.

Following his victory over UFC 238 on pay-per-view (PPV) this past weekend (Sat. June 8, 2019), Cejudo said he wants to get “paid like a heavyweight.” The former Olympi gold medalist captured his second UFC title in a different weight class by finishing Marlon Moraes in the fourth round of their main event fight.

Speaking on “The Ariel Helwani MMA Show” today, Cejudo said his next fight is against UFC President Dana White and the UFC checkbook:

“That’s my first fight, Cejudo said. “My first fight is with uncle Dana White and his checkbook. Let me start off by saying this, man. Dana, the UFC, they’ve been so good to me. These are the last people I want to trash talk. But I will say this, as much as they’re a business, so am I. I’m a prizefighter, I deserve to be paid guys. People talk about champ champ, okay, Georges St-Pierre, Daniel Cormier – dude, I’m in a league of my own.

“I’m “Triple C,” I’m the Champ Champ Champ. So, I’m not a Champ Champ, I’m “Triple C” man. The Olympics is the hardest thing any human being can ever do. I just want to be compensated. I speak three different languages, the UFC sees, Dana White sees, he’s gonna compensate me. If not, man, you can have both belts. I deserve to get paid. And he’s been good to me.

“He said, “If you win this fight – ” this is what he told me in the meeting, he says, “you will be compensated.” So I’m just reassuring, I’m doing it publicly. We’re both public figures, so. I want dinero, I want moolah. I deserve it.”

Cejudo suffered a injury to his leg in his fight against Moraes. The Brazilian nailed him with several hard low kicks that took their toll over the course of the bout. Once those are healed, however, Cejudo would like to fight before the end of the year. But not without getting the respect he deserves:

“I’m gonna have to play that by ear,” Cejudo said. “But I would like to fight towards the end of the year for sure. I would like to headline too. There’s no more being co-main event either. I feel like I’m the new face of the UFC. Nobody in the UFC has my credentials. Nobody. Not Conor McGregor, nobody. I want to be paid – treated like one.”