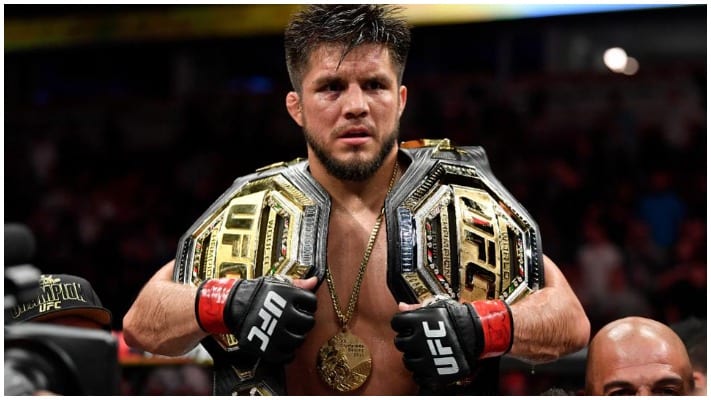 Mayweather and Paul went the full eight rounds in their special exhibition boxing match. It was far from an impressive performance by either man, as Paul looked gassed early on and Mayweather appeared to carry him throughout the fight. Paul himself even questioned if Mayweather dragged the fight out when he could have finished him.

Throughout the night, fans and fighters alike took to social media to make their disappointment of the match known. Cejudo was among the many who sent out a disparaging tweet, and even declared that he would have dominated the Mayweather that showed up on Sunday.

Hey 50-1 (Mayweather),” Cejudo wrote. “Imagine what an Olympic gold medalist would do to a guy who lost to a YouTuber. You wouldn’t make it past two rounds with me.”

Though Cejudo retired in May of last year, this is far from the first call-out he’s made since then. The former flyweight and bantamweight champion has set his eyes on a boxing match against Ryan Garcia, as well as offering to fight the champions of both divisions he once ruled.

READ MORE:  December Is A Big Month For Boxing

However, it appears unlikely at best that Mayweather would be willing to take Cejudo up on his offer. He’s made it clear he’s done with professional bouts, and now appears unwilling to partake in any more exhibition contests. On top of that, Mayweather would likely make more money fighting pop culture figures like the Paul brothers than he would fighting Cejudo, and faces less of a risk in doing so.

If Cejudo ever does make a return to combat sports, it most likely won’t be for a while. ‘Triple C’ appears to have a full slate in front of him already, as he recently announced his upcoming nuptials and the pregnancy of his fiancé. Still, there a bound to be a number of intriguing match-ups ready for him whenever he decides to return.

Who do you think would win a boxing match between Henry Cejudo and Floyd Mayweather? Let us know!