LowKickMMA.com
Home UFC News Henry Cejudo: “Everything That Stipe” Miocic Has, Jon Jones “Is Better At” 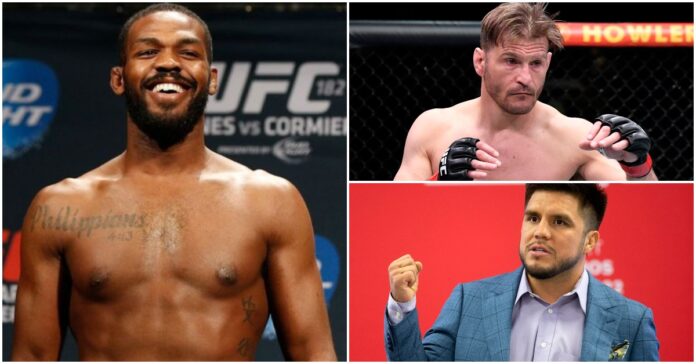 UFC president Dana White recently hinted at a potential matchup between Jones and Miocic, targeted for international fight week. Jones is yet to compete since relinquishing his light heavyweight title in 2020, announcing he would instead be moving up in weight to take on new challenges.

Speaking on the Triple C & Schmo Show, Henry Cejudo, who has been training with Jon Jones at Fight Ready, discussed how a matchup with Miocic would play out for ‘Bones.’

“I love this fight for Jon just because everything that Stipe has, Jon is better at,” Cejudo said on “The Triple C & Schmo Show.” “If he was fighting a Francis Ngannou, I was a little more cautious with that one just because of pure power and when you have somebody that has scary power like that, it’s a strength that kinda overwhelms whomever. You got power, but Francis Ngannou power is different.”

“But with the Stipe fight, I like it for Jon. I think it’s gonna allow Jon to really work on everything – like mixed martial arts as a whole, not just sticking to one base. So at the end of the day, I think it’s easy money for Jon Jones.” (Transcribed via MMA Junkie).

Jon Jones faced much criticism for his most recent bouts at light heavyweight, especially for his performances against Dominick Reyes and Thiago Santos. Jones won both fights by extremely narrow margins and looked very different from the man who once singlehandedly tore through the entire 205lb division in a matter of years.

However, Henry Cejudo has stated that Jones’ mentality is back to how it once was.

“Jon’s coming out here with a different perspective,” Cejudo said. “His perspective now is to bring back the Jonny Jones that was putting out Lyoto Machida, Shogun Rua, when he went on that rampage of just killing the elite. That spirit in him is gonna be awoken if it is that he fights in July.”

What do you make of Henry Cejudo’s comments? 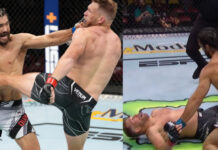