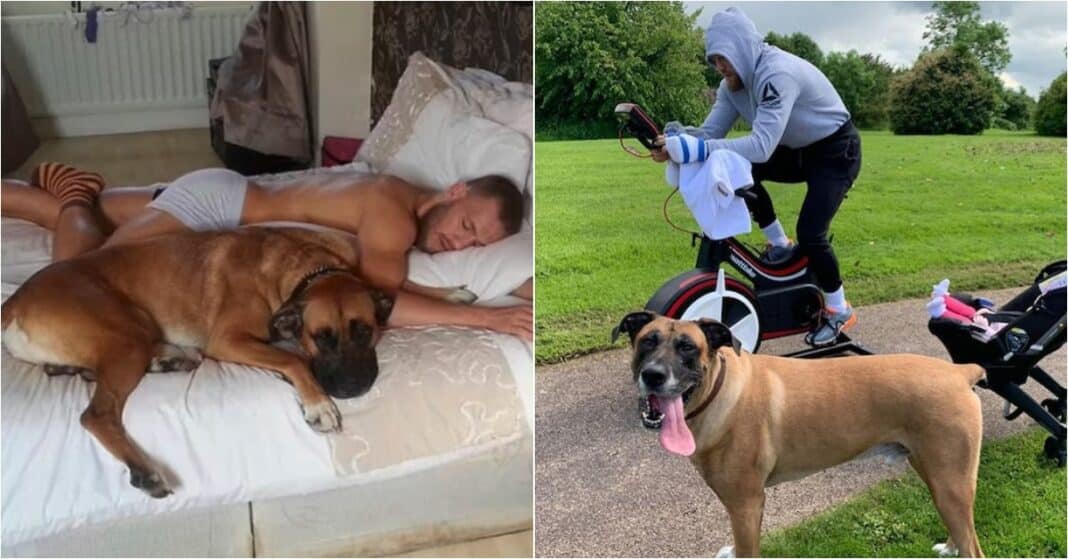 Former two-weight UFC champion, Conor McGregor has revealed his family dog, Hugo has passed away this week, describing the family pet as his “closest companion“”.

McGregor, who is currently vacationing with his family and fiancée, Dee Devlin in Italy, posted a series of pictures of himself and Hugo on his official Instagram account on Wednesday, confirming that the family pet had passed away during the week.

“So heartbroken to say my dog Hugo has passed away,” McGregor posted. “He was with me all the way, my closest companion. From sleeping on a bed frame without a mattress to everything else that came after. Thank you for all the work put in alongside me to get this life correct for our family. All the love and cuddles we will miss forever and ever our Hugo! Gutted (heartbroken emoji). R.I.P. the best boy, Hugo McGregor (praying hands emoji).“

The 33-year-old accompanied the original post with another video dedicated to the late dog, with Hugo lounging on a sofa.

Last weekend, McGregor, who was in Rome, Italy along with his extended family to baptize his third child, Rían with his partner, Devlin, is alleged to have been involved in a physical altercation with Italian DJ and musician, Francesco Facchinetti at the St. Regis hotel in Rome.

41-year-old Milan native, Facchinetti alleged that he and his wife, Wilma Faissol had been partying with McGregor for numerous hours, before the Dubliner invited them to another party later than night following his son’s baptism.
T

aking to his official Instagram, Facchinetti alleged that McGregor assaulted him in an unprovoked attack as he attempted to leave the party, leaving him with a laceration on his lip and a broken nose.

Last night, CNN confirmed with the Carabinieri Police in Mariano Comasco that Facchinetti and his attorney had officially filed charges against McGregor in relation to the alleged assault at the St. Regis hotel.

At the time of publication, McGregor nor his publicist have formally addressed the allegations made against him by the aforenoted, Facchinetti.