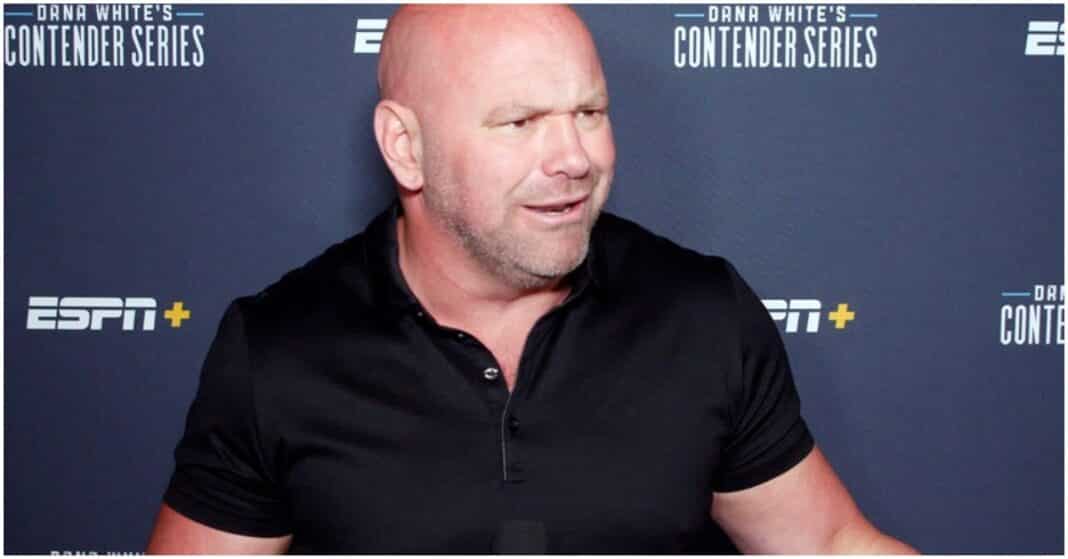 Dana White is aware of the latest accusations being leveled at Conor McGregor but says he hasn’t spoken to ‘Notorious’ to get any clarity on the situation and therefore refused to comment on the subject while speaking to the press last night.

The Irishman recently traveled to Rome with his family for the christening of his newborn son, Rian. While in the Italian capital McGregor has got himself into a spot of bother.

Italian DJ Francesco Facchinetti claims he was the victim of an unprovoked attack from the UFC superstar who punch him, breaking his nose and cutting his lip. Facchinetti’s who plans to sue McGregor had his story corroborated by his wife.

This is the latest in a long line of criminal incidents involving McGregor. Most recently, the former dual-weight champion was pictured trying to attack Machine Gun Kelly on the MTV VMAs red carpet.

At the DWCS post-fight press conference, White acknowledged the incident in Rome and explained that he had discussed it with others at the UFC but stopped short of giving a proper reaction to McGregor’s latest public outburst.

McGregor is currently healing up after breaking his tibia and fibula at UFC 264 earlier this year. The Irishman is targeting a summer 2022 return and is hoping to book a fourth fight with Dustin Poirier.

Do you think Dana White and the UFC will take action against Conor McGregor following his latest attack on a member of the public?