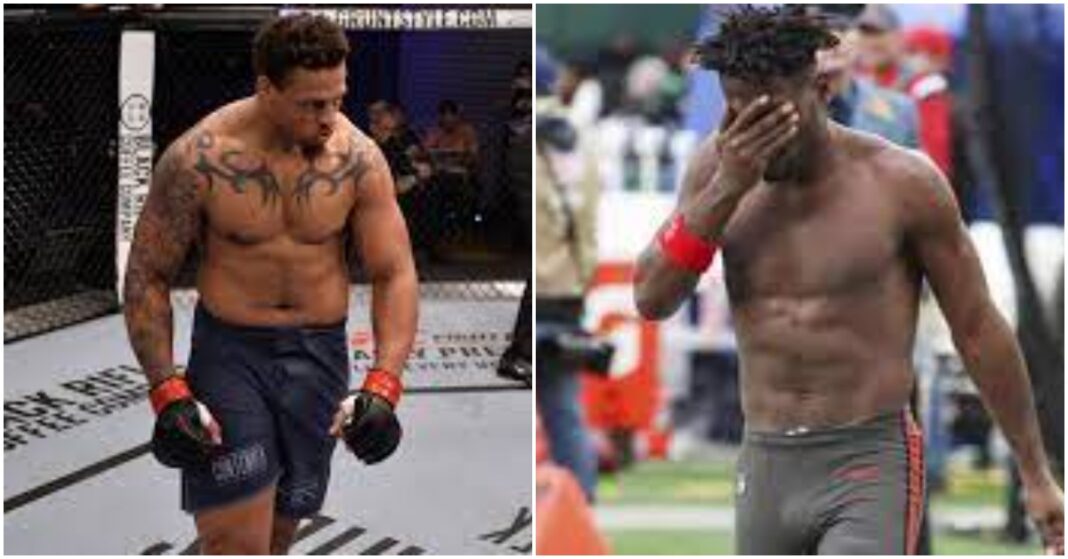 Hardy claims that he was the one that paved the way for NFL players to even think about coming into the combat sports world. Le’Veon Bell has recently called out Tyron Woodley after losing once again to Jake Paul. Woodley was devastatingly knocked out by Paul in their second matchup. Bell even showed off his boxing skills in a video that he posted to social media. Brown was also rumored to be in talks to fight Logan Paul before he was signed by the Tampa Bay Buccaneers.

Hardy believes that NFL players are the best athletes and that their athleticism can translate to any sport successfully. He would love to see what players like Brown and Bell could do inside the combat sports world.

Greg Hardy was speaking with BJPenn.com when he had this to say about Antonio Brown’s potential

“Man, I would like to see AB fight. Honestly, bro, Greg Hardy paved the way for all you boys, so you are welcome, for sure. Football players and their versatility have been underrated for a very long time. People have been telling me that I can’t play receiver or do this, I’ve done it all. NFL players are the most agile, versatile, lethal, vicious people on the planet. I think if these guys put their mind to it and overcome the ridiculousness that is training for a fight, I think it would be amazing. The entertainment level will go up, guaranteed. I’m excited to see it, hopefully, they are serious.” (Transcribed by BJPenn.com)

Hardy is coming off of two straight KO/TKO losses to Tai Tuivasa and Marcin Tybura. Hardy now has a record of 7-4 inside the cage. He has an upcoming fight against veteran fighter Aleksei Oleinik at UFC 270.

Would you want to see Brown or Bell fight?