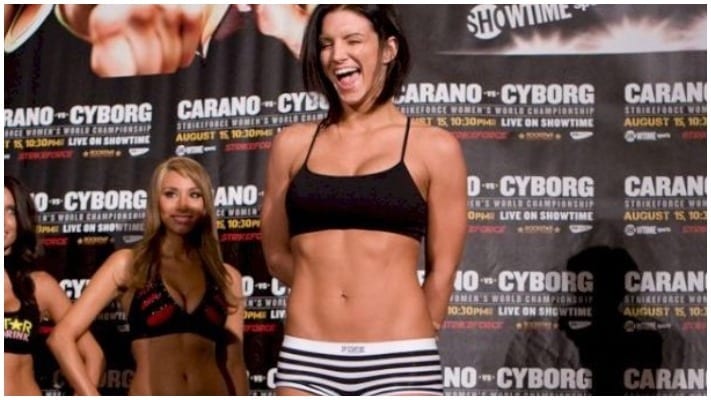 Carano is a former featherweight champion with Strikeforce and ended her career 7-1 – only losing to one of the greats in Cris Cyborg. Since walking away from the sport in 2009 Carano has enjoyed massive success on the big screen. The 38-year-old has starred in Fast and Furious 6, Deadpool, and can be currently be seen in Star Wars: The Mandalorian series.

Last night she took to Instagram to post a tastefully nude photo alongside the following quote from the late singer Prince.

While the majority of her fans and peers showered Carano with compliments one particular BJJ coach was not happy with what he was seeing. Former UFC fighter Gracie let his feelings be known in the comments, he wrote.

Do you think Renzo Gracie is out of line saying this to Gina Carano?