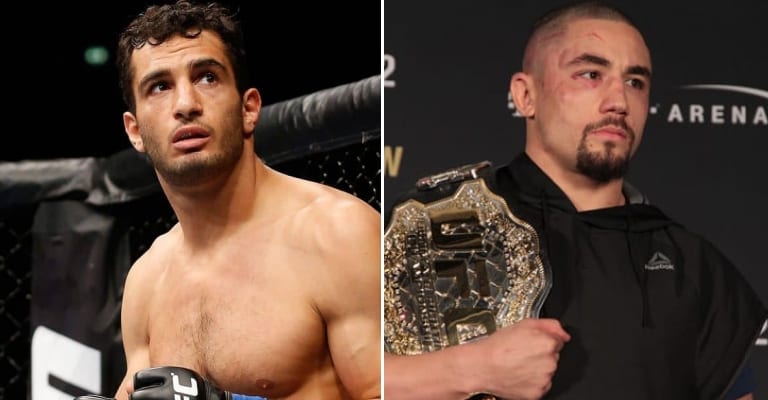 Gegard Mousasi sounds off on how fighters can beat UFC middleweight champion Robert Whittaker – even if they don’t fight in the same promotion.

Whittaker won the interim title when he beat Yoel Romero back at UFC 213 in July of 2017 by unanimous decision. Whittaker became the official champion in late 2017.

The UFC has already announced that once Whittaker is healthy enough to fight again, he will make his next title defense against top contender Kelvin Gastelum. Whittaker will also coach The Ultimate Fighter (TUF) 28 opposite of Gastelum prior to them fighting for the strap.

Although they are not in the same promotion obviously, that hasn’t stopped Mousasi from keeping a close eye on the UFC middleweight champion.

He talked about it during a recent conference call. Mousasi noted that Whittaker has an exceptional level of striking ability. He believes that in order to beat him, his opponent needs some good skills in the stand-up area.

“It’s all about matchups,” Mousasi said (transcript courtesy of MMAJunkie). “To fight Whittaker, I think a guy with good skills in standup can defeat him. I don’t care about being the best or not,” Mousasi said. “But on the 29th, I have to be the best.”

Bellator 206 will go down this weekend (Saturday, September 29, 2018). The card will air live from the SAP Center in San Jose, California. The preliminary card will air online at 7:00 pm EST while the main card will air on DAZN and Paramount Network at 9:00 PM EST.