LowKickMMA.com
Home MMA News Gegard Mousasi: Israel Adesanya Would Be A Good Fight For Me 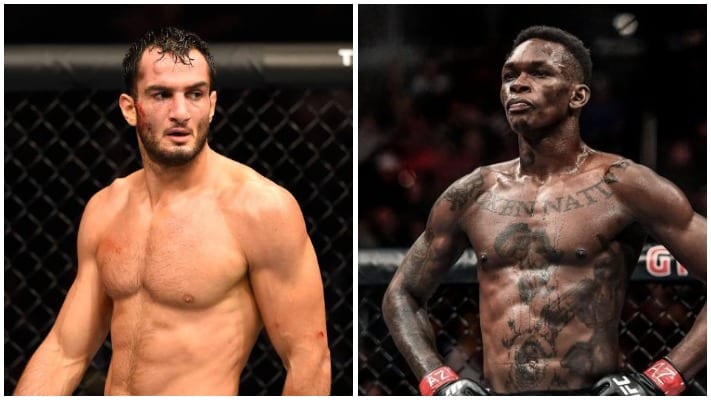 Speaking to theScore, Mousasi explained why Adesanya is style-wise, a good match-up for him, he said.

“It would be a good fight for me. You have to be patient and not brawl with him. Because then he counters – and I’m good at the distance. That would be a great fight because I sparred with some guys he fought at Glory (kickboxing) and I did very well against them. So, I can measure with that. … But it’s a hypothetical, so it’s not going to happen.”

Unfortunately for fans, the likelihood of this fight ever happening is almost zero. Mousasi has decided he won’t be testing free agency after his contract expired and instead opted to re-sign with Bellator. Explaining his thought process behind sticking with his current promotion, Mousasi said.

“I talked to (Bellator President) Scott (Coker), and in (less than an hour), we had a deal, I think,” Mousasi said. “So, I’m happy, I’m very happy. … I’ve been treated very well. I feel like the payment is good. The relationship that I have with Scott, the Bellator staff, it feels like you’re part of a team, you know? It’s more connected, let’s say.”

The 34-year-old is currently scheduled to face welterweight champion Douglas Lima at Bellator 243 on May 9 in California. However, due to the ongoing Coronavirus crisis, it is unclear if the fight will take place. Bellator President Scott Coker has received praise for his reaction to the ongoing pandemic, which has included canceling events and ensuring his fighters and staff are paid.

If the fight does take place, Mousasi will have the chance to reclaim the recently vacated middleweight title, which he previously lost to Rafael Lovato Jr.

Do you think Gegard Mousasi could beat Israel Adesanya?