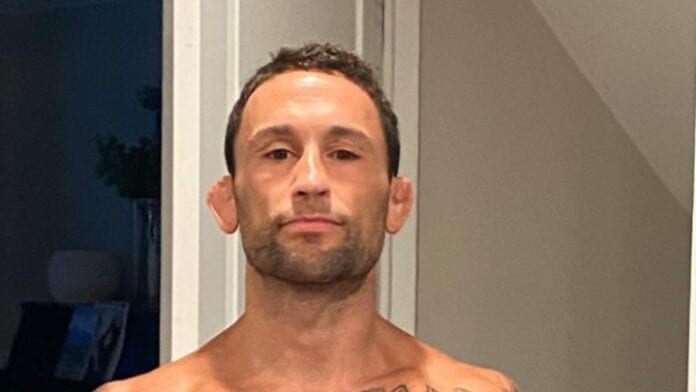 The former UFC lightweight champion makes his long-awaited drop to the 135-pound division when he faces Pedro Munhoz in the co-main event of the July 15 show taking place on Abu Dhabi’s Fight Island.

It’s a move that has been coming for a while, especially as Edgar is a small featherweight, let alone a lightweight.

And the weight cut doesn’t look like it will be a problem as his manager Ali Abdelaziz shared an image of “The Answer” and his new shredded physique with just over two weeks to go for the event.

Edgar is currently on a two-fight losing streak. He suffered a unanimous decision defeat to Max Holloway in their featherweight title fight in July last year.

His most recent outing was a short-notice fight with The Korean Zombie which he ended up losing via first-round TKO.

The New Jersey native will be looking for a change in fortune in his new weight class.