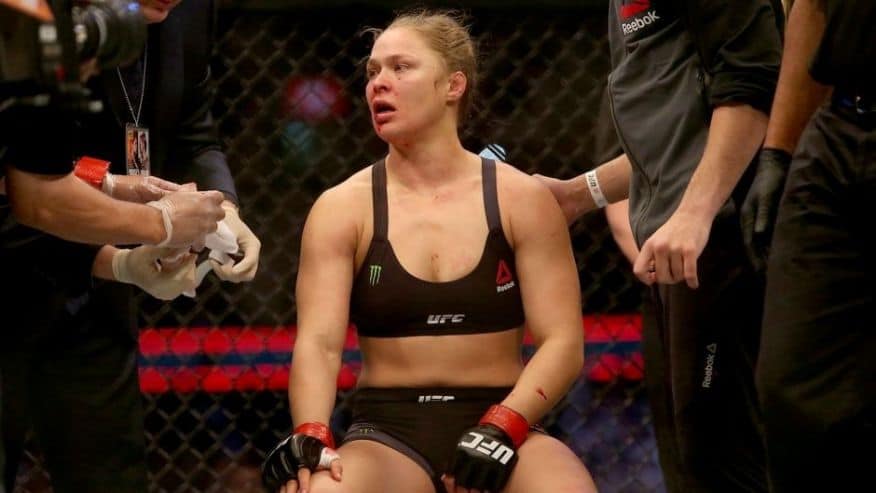 OK, before you jump all over this one, it’s not some body shaming ‘fat’ issue or accusation, it’s simply an observation. I don’t think Rousey looked out of shape, she just seemed in considerably less better shape than before. Just three pay-per-view events before hand in the lead up to UFC 190 against Bethe Correia, this is the physique Rousey was rocking: 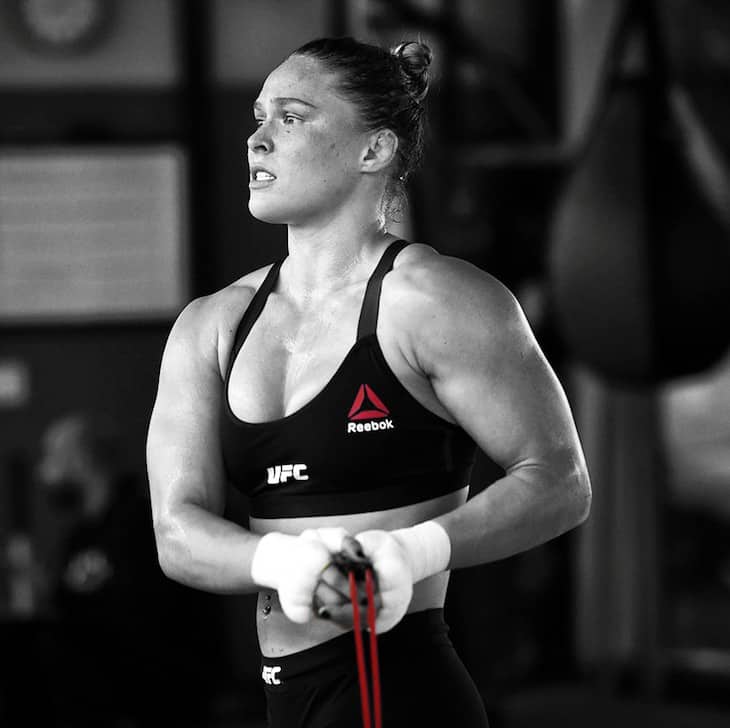 She also seemed considerably slower, less focused and almost lost in the octagon. Again, you could attribute these to many things aside from Edmond and the Glendale fight club, such as spending too much time making movies, but you know what they say about rolling stones gathering no moss. Would these mistakes be overcome if she switches camp? Perhaps not, maybe they would, but it just seems that staying in the same place that hasn’t really improved your game at all, has a less than credible ‘owner’ and head coach that just went bankrupt, and that your Mom wants to see killed by a car, and is actually putting you through a camp where your fitness is not where it could be is simply foolish.