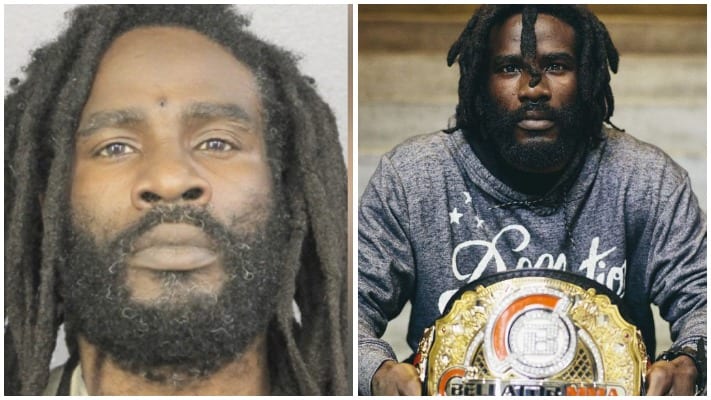 Former two time Bellator Featherweight Champion Daniel Straus was arrested this past Friday and was charged with a single felony count of aggravated battery with a deadly weapon after allegedly beating and stabbing his partner with “a sharp instrument.” The Hollywood (Fla.) Police Department confirmed the details on Monday.

Bellator gave a statement to MMAJunkie which stated “Bellator is aware of the situation and has been in contact with his team. The organization has no additional comment at this time.”

The victim said that on January 21, she began arguing with Straus via text message, and he showed up at her place of employment to discuss the confrontation. The victim then walked outside her workplace and entered her vehicle with the intention of leaving. She said that Straus then entered the vehicle via the passenger door and refused to exit.

The victim said she then left the vehicle and Straus kept following her, which resulted in the argument escalating. Straus then allegedly pushed the victim, and she pushed him back. As she then attempted to get back into her car to leave, the victim said she “was struck multiple times by the defendant and fell to the ground.”

The victim then goes on to say that Straus got in his car and left the scene. As the victim returned to her car and drove away, she began receiving multiple calls from Straus, saying that he was at her apartment. Rather than meet him there, the victim says she was worried about potential destruction of her apartment and drove to Straus’ residence, instead, in hopes of obtaining the spare key she had given to him.

Once inside Straus’ residence, the victim alleged she tried to get Straus to return her key. At some point, she stated that Straus told her, “You don’t know me, I’ll stab you,” before later physically pushing her out of the door. The victim says she then said, “You’re big and bad, what are you gonna do? Stab me?” At that point, the victim alleges Straus reached around to his backside and then used a sharp instrument to stab her in the abdomen. Due to the speed of the sequence, the victim said she “was unable to describe the cutting instrument,” according to the police report.

The victim then said that Straus followed her for a few steps as she tried to leave before returning to his residence. She then sought assistance from neighbors, who drove her to a local hospital where she “received a few stitches to close the puncture wound,” according to her statement.

In addition to the puncture wound, the arrest affidavit said the victim also suffered “a large contusion to her right eye.”

According to the arrest affidavit, The victim did not initially wish to provide a statement to the responding detective but eventually said she will fully cooperate with the state attorney’s office. Further, the victim said she “is in complete fear of the defendant and feels that if he is not apprehended that he will come after her and cause further harm to her for notifying the police.”

Straus currently remains in jail on a $100,000 bond, according to the South Florida Sun-Sentinel.