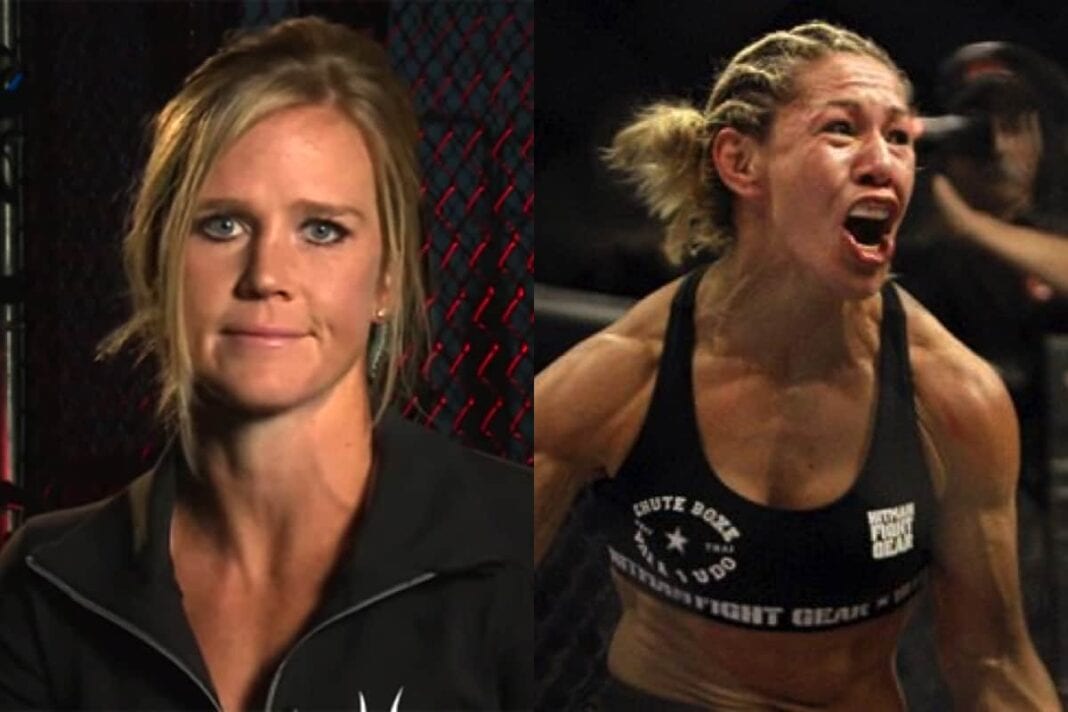 The MMA world was given a refreshing bit of news when it was revealed earlier this week that Invicta FC featherweight champion Cristiane ‘Cyborg’ Justino would finally be making her UFC debut against Leslie Smith at May 14’s UFC 198 from her homeland of Curitiba, Brazil.

While Smith is most certainly a gritty and talented fighter and also deserves respect for taking the 140-pound catchweight fight, most hoped ‘Cyborg’ would make her debut against the top fighters of the UFC women’s bantamweight division. Obviously Justino has a long-standing feud Ronda Rousey, and bouts with champion Miesha Tate or top contenders Holly Holm and Cat Zingano are very enticing prospects.

However, UFC President Dana White spoke up to declare that no one other than Smith wanted the fight, and apparently Holm, who recently lost the title to Miesha Tate at March 5’s UFC 196, is one that did not. In a recent appearance at a news conference transcribed by The Albuquerque Journal, Holm touched on her desires for her next fight, which not surprisingly include rematches with Tate or Rousey:

“This one’s definitely a little more out of my hands. (In boxing), I knew that Lenny would give me the opportunity as long as I wanted it. This is a whole different situation.

‘The Preacher’s Daughter’ seems to know the bargaining chips are a bit out of her hands after Tate submitted her in the fifth round of their title bout, and she believes she can’t be too picky as a result:

“Right now, what’s on my heart is the rematch,” she said. “(But) I don’t necessarily want to be too picky, either. I’m the one coming off a loss. I can’t expect to have everything handed to me, so we’ll see what happens.”

Holm’s longtime manager Lenny Fresquez also spoke up on the subject, adding that the UFC will hopefully give them a chance at Tate or Rousey when her next fight is booked:

“Miesha was in Australia on vacation, so they were supposed to get with her this week,” Fresquez said. “Hopefully, in the next couple of weeks we’ll know. But whether it’s Miesha or Ronda, those are the fights we’re interested in.”

As for the Cyborg fight, Fresquez, whom White infamously said was ‘not that smart’ in a tirade post-UFC 196, said that Holm’s camp is simply not interested in fighting ‘Cyborg’ right now:

“(Fighting Rousey or Tate) is pretty much what Holly wants to do,” Fresquez said. “If they have something else, it’s my job to present it to her. I’ve made her wishes known to them.

“We were not interested in that right now,” Fresquez said. “(Holm) just wants to fight Miesha.”