LowKickMMA.com
Home UFC News Female Fighters That Deserve to Be in the UFC 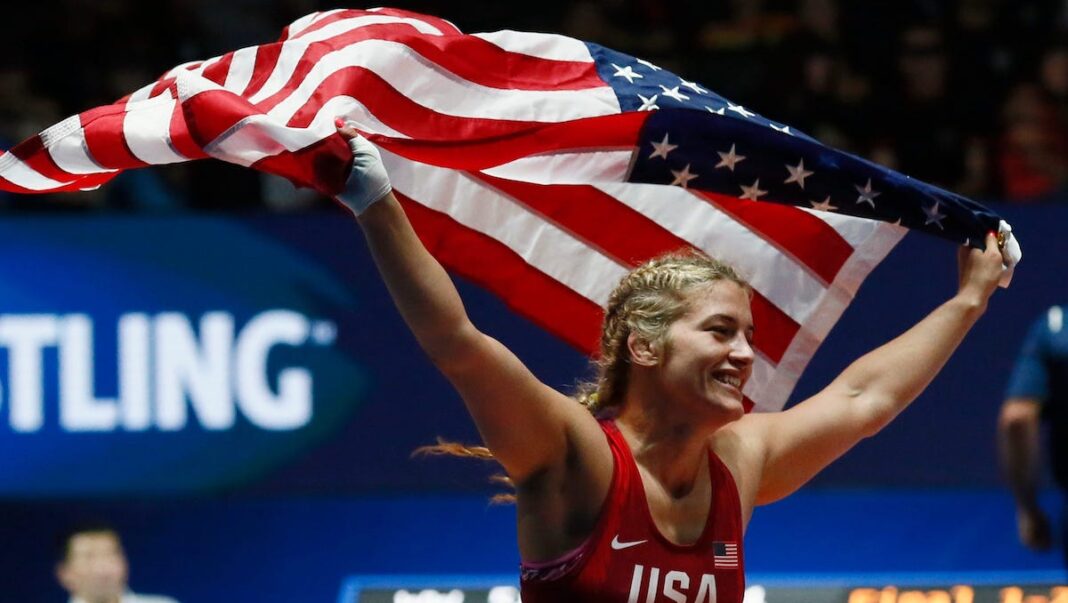 Women fighters in the UFC have millions of fans worldwide. Even an average UFC fan knows about Joanna Jedrzejczyk, Jessica Andrade, Germaine De Randamie, and other UFC women superstars. But only a couple of hard-core fighting fans know the rising stars in this sport.

If you haven’t heard about Helen Maroulish, you’ve probably been living under a rock for quite some time now. She is a freestyle wrestler competing for the American Olympics team. Helen was caught in the media’s eye of the storm after winning the gold medal at the 2015 WWC. No, we don’t know anything about her transitioning into MMA or UFC.

What we do know is that this 116-pound wrestler grew up taking fights to bigger and stronger “opponents,” starting with elementary school. She got professionally involved in wrestling once she was in college. Now, given that UFC more than welcomes former wrestlers (think Ronda Rousey, Shayna Baszler, Sara McMann, and Tatiana Suarez), it is only logical to assume that Helen Maroulis might receive an offer from either MMA or UFC one day.

Tiffany van Soest is a 27-year-old fighter hailing from Bali. It might sound odd for such a beautiful and calm region to mold a fiery fighter such as Tiffany. Now, she is spending a lot of time in Bali, where she teaches kids martial arts at a local orphanage, trains, and teaches Muay Thai. She also speaks out on prominent issues like sexual harassment and cyberbullying on social media.

Tiffany goes to California, US, where she does a pre-fight camp when she has a professional match. We are talking about a fighter that spent most of her childhood practicing karate. As soon as she came into her teens, she transitioned to Muay Thai. Her amateur record is 10-1, and her professional record is 15-2-1.

It took time for the big names in the industry to recognize her. She got offers from Invicta FC and Glory, and she chose both. She won against Esma Hasshass in a great match at Gory 30. Tiffany would like to go into MMA one day but not before she is ready.

Mizuki Inoue is a 21-year-old strawweight fighter from Japan. She was immediately drawn to MMA when she saw it for the first time. As a fourth grader, Mizuki saw her brother in an MMA class and decided to start training. She loves MMA because there are not so many rules as in other contact sports.

Mizuki started fighting professionally by the age of 16. At the start of her career, she was fighting for Jewels, a Japanese promotion company. It took only a couple of years for Mizuki to start fighting for Invicta FC. It was the first telltale sign that Mizuki has excellent potential as an MMA fighter.

So far, Mizuki has a professional score of 11-4. In Invicta’s bouts, she suffered two losses to Alexa Grasso and Karolina Kowalkiewicz, but after a decision. We didn’t list her for her great score and talent. In fact, the UFC already offered Mizuki a spot, and she has had two appearances so far –UFC Fight Night 2019 and UFC on ESPN 2020.

Herica Tiburcio is a 28-year-old Brazilian MMA fighter currently competing at Invicta FC in the Atomweight division. She is the youngest Invicta FC champion in history because she managed to win the title when she was only 21. However, she didn’t manage to defend the title as she lost to Ayakja Hamasaki. But as many speculated at a time, that loss only helped her become a better and more devoted fighter.

With more than ten years of experience under her belt, Herica is a perfect fit for UFC. The only problem is that the UFC still doesn’t have an atom-weight division. However, if UFC decides to add this division, we wouldn’t be surprised to see Herica fighting for the title.
There you have it – four female fighters that deserve to be in the UFC. Some of them even had a couple of matches already, which you can check out right now. If you experience regional blocks or other disruptions, try to fix them by using Atlas VPN. A Virtual Private Network app changes your IP address so you can unblock services unavailable in your region. It is a great way to stay in touch with your favorite channels and sports when traveling abroad.