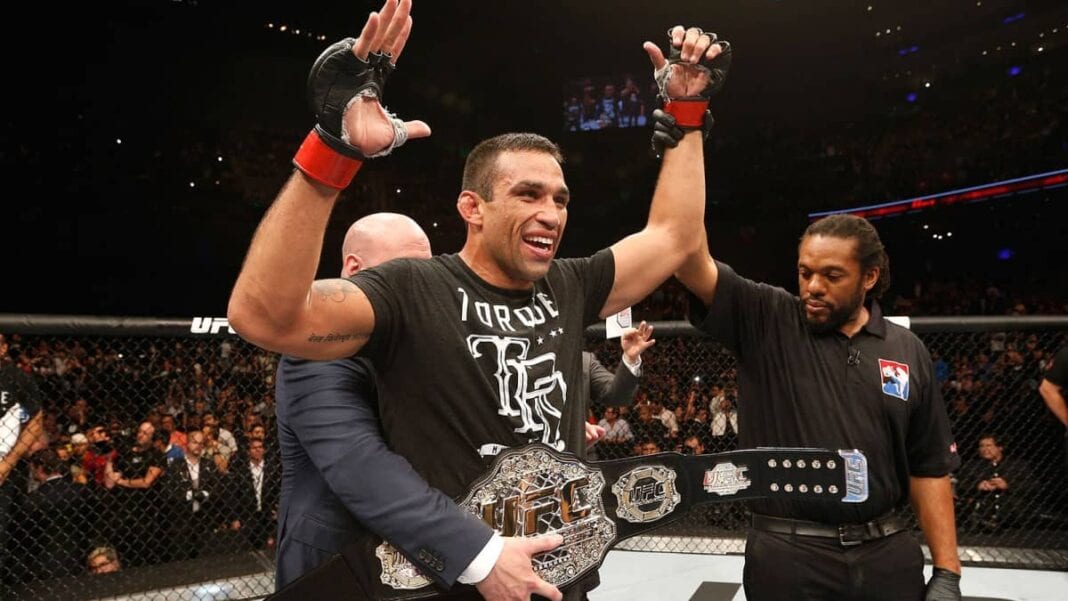 The heavyweight title hasn’t been defended quite as much as it probably should have been over the last few years. Former champion Cain Velasquez finally returned from a two-year layoff to defend his then held title last June at UFC 188 against then interim champion Fabricio “Vai Cavalo” Werdum.

Werdum upset the odds, battering Velasquez on route to a submission victory that would secure him the undisputed heavyweight championship. Despite many thinking that a title shot should be handed to another contender, it’s been made clear that Werdum will rematch Velasquez in his first defense, but the title once again seems to be on hold.

It was recently reported that the fight would most likely take place in March, and “Vai Cavalo” reiterated that idea, also saying that that the UFC is trying to book the fight in a massive soccer stadium in Brazil:

With the altitude of Mexico City seemingly causing Velasquez to uncharacteristically tire in the first bout, Werdum said that he would fight the ex-boss in Las Vegas, but the champion is now hell-bent on defending his title in his home of Brazil:

“I’m trying hard to take this fight to Brazil,” Werdum said. “I’ve fought at his home twice. He wasn’t there to fight the first time, and I fought him the second time. It’s my turn now.”