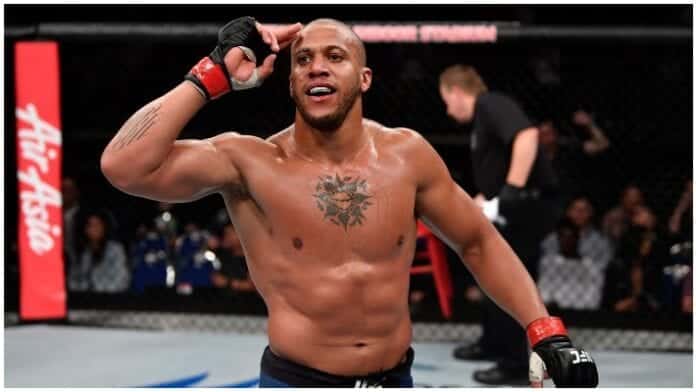 Gane despite facing some criticism post-fight, propelled himself into the title mix.

On Tuesday the updated UFC rankings revealed ‘Bon Gamin’ is now ranked at number four in the division.

Up next, it appears Gane will face one of two heavyweight contenders.

Derrick Lewis is one potential opponent. ‘The Black Beast’ is coming off one of the biggest wins of his career.

The KO artist displayed his ungodly power to stop Curtis Blaydes with one shot at UFC Vegas 19.

Lewis is currently riding a four-fight win streak and is potentially needs just one more to get another UFC title shot.

Another potential opponent for Gane is Alexander Volkov.

The Russian heavyweight made easy work of Alistair Overeem at UFC Vegas 18, stopping the legendary kickboxer inside two rounds.

The win was Volkov’s second in a row and cemented his place in the heavyweight top five.

In an exclusive interview with James Lynch of LowKickMMA, Gane broke down a potential fight between him and Lewis, he said.

“With Lewis, I’ll fight more like with Jairzinho. I fight with fight IQ, distance and yes be careful because with this guy he can knock you (out) with one punch. So just be careful.”

Gane also considered a potential fight with Volkov, he said.

“Me with Alexander Volkov is an interesting fight. He has a good range. He is really tall and he has really good striking. He has really dangerous striking. So, yeah, this fight is gonna be more hard than Lewis I think.”

Who do you want to see Ciryl Gane fight next? Derrick Lewis,  Alexander Volkov or someone else?