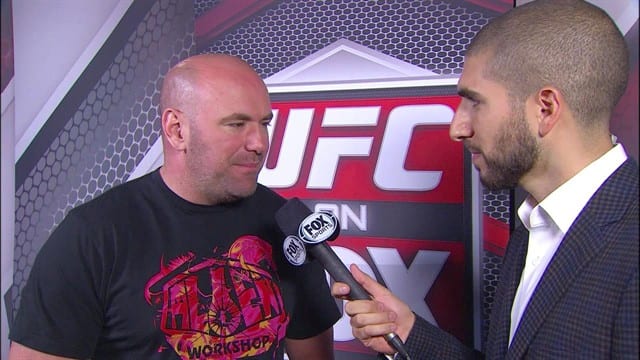 White notably called Helwani “a douche” for his video response to Gina Carano’s controversial social media tweet that saw her get fired from “The Mandalorian” last week.

Carano’s tweet compared being a conservative in America today to Jews living in the period of Nazi Germany which naturally drew plenty of criticism and eventually led to her firing.

Helwani is Jewish and being a friend of Carano’s, was naturally disappointed by her tweet as he put out an eight-minute video giving his thoughts on the situation.

Of course, this rubbed White the wrong way as he believed Helwani — who he is on bad terms with — was trying to make it about himself.

Many ESPN colleagues came to Helwani’s defense and after initially declining to comment, ESPN finally release a statement, albeit a very short one.

“Ariel is a valued colleague and an exceptional MMA reporter. His record speaks for itself,” ESPN said in a statement to the New York Post.

It says nothing about White’s comments but that is unsurprisingly natural given ESPN’s partnership with the UFC that has been ongoing since 2019.

What do you make of the situation?