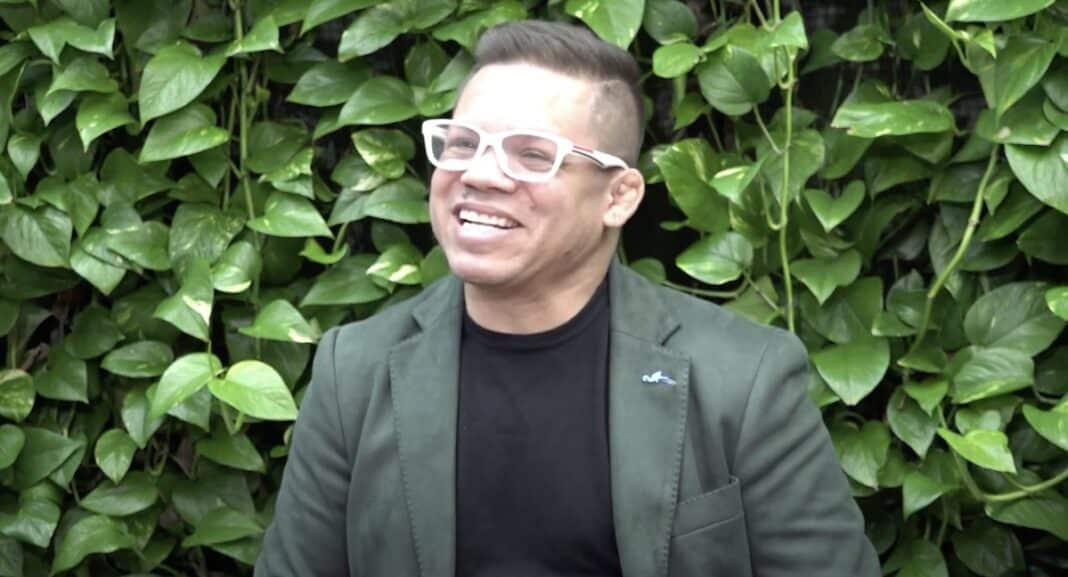 Eric Albarracin grew up wrestling from a young age before enlisting in the US army. There he would continue to wrestle, where he would win the Military World Wrestling Championship at 54 kgs.

At the same weight, Albarracin would win the Pan American Championships in the freestyle division. When he retired, he began coaching top wrestlers. Including Henry Cejudo, who would win Olympic gold.

Naturally after his athletic career was over, Eric Albarracin went into coaching wrestling. Many of his former training partners started getting into MMA and Albarracin would help them with wrestling.

He started to get a knack for coaching and was able to develop relationships with his fighters. Getting them to push a little harder in training and improve their games.

In 2010, Bellator featherweight Patricio “pitbull’ Friere lost a split decision to championship wrestler Joe Warren. This loss was the first in the Brazilian’s career and showed a huge whole in his fighting game.

Friere came into contact with Eric Albarracin about improving his wrestling game. They immediately became friends and coincidentally this opened the door for Albarracin to train numerous Brazilian fighters.

So much so that he was asked to coach wrestling on season 2 and 3 of TUF Brazil. With a growing number of Brazilian fighters that were working with him, Albarracin would learn Portuguese to communicate with them better.

With Eric having a large number of top fighters working with him, he started to get more media exposure. This was thanks to his booming personality and outlandish style of fashion like his trademark white framed glasses.

Not only was Eric Albarracin a MMA coach, but he also became sort of a promoter. He would make brash predictions about how his fighters would win and play mind games with their opponents.

Eric Albarracin would get the nickname Captain America from his Brazilian fighters.

From the past two decades, Eric Albarracin’s fighters have won around 13 world championships in the UFC and Bellator. Some of his most known fighters include Henry Cejudo, Patricio Friere, Patricky Friere, Paulo Costa.

Albarracin’s long time student and his most decorated fighter is “Triple C” Henry Cejudo. Eric and Henry have been working together since before Cejudo got into MMA.

Henry idolized his older brother Angel Cejudo, who was a standout wrestler. Angel won the Arizona state wrestling championship 4 times and was undefeated in his high school wrestling career.

Just like his brother, Henry would also win the state championship every year he was in high school. Then from 2006-2008 when in college, Cejudo would win every major wrestling championship.

Winning the Pan American games 3 times, the US national championship twice. His biggest win would be an Olympic gold medal at the Beijing Olympics in 2008.

5 years later, Cejudo would begin training MMA and win his first 6 fights before entering the UFC. He would win his first 4 fights in the UFC before taking his first loss to Demetrious Johnson. Then a close split decision to Joe Benavidez.

From then on, Cejudo wouldn’t lose again. Hendry would go on a 6 fight winning streak.

This would include dethroning Mighty Mouse in a rematch for the flyweight title and defending it against TJ Dillashaw. Then Cejudo would beat Marlon Moraes for the bantamweight championship to become the triple champ.

His last fight was defending his bantamweight title against Dominick Cruz before retiring. Although since retiring, he has not stopped teasing a comeback.

Patrcio “Pitbull” Friere is one half of the Pitbull brothers and is the most decorated Bellator fighter in the company’s history. Friere hooked up with Albarracin after losing to Joe Warren in the 2010 featherweight semifinals.

Together with Albarrracin, Pitbull became a world class fighter. First winning the season 4 tournament before losing to Pat Curran for the featherweight championship.

Friere would bounce back from the title loss and win the season 9 featherweight tournament. This time beating Pat Curran in a rematch for the championship.

He would defend the title twice before losing it to Daniel Straus, but won it back two years later. After getting his featherweight title back, Pitbull went on the run of his career.

Defending his title 5 times and knocking out lightweight champ Michael Chandler for that championship. Making him a double champ before losing his featherweight title to AJ McKee.

UFC middleweight contender Paulo Costo first started training with Albarracin on season 3 of TUF Brazil. He would lose a split decision in the second round of the show, but make his UFC debut in 2017.

Costa came into the UFC with an 8-0 record with all of his wins being finishes. Paulo would continue this trend as he finished his first 4 UFC fights by TKO.

His next fight would be a FOTY candidate decision win over Yoel Romero. Setting him up for a title fight against Israel Adesanya.

There was a lot of bad blood leading up to the fight that took place in Abu Dhabi. Costa would take the first loss of his career and is looking to fight again before 2022.

No matter how you may feel personally about Eric Albarracin personally, you can argue with his results. As a MMA coach, Albarracin has been one of the most successful coaches in the sport.

He has coached a combined 13 world champions between the UFC and Bellator. Proving that he is an elite level MMA coach. Eric Albarracin currently coaches out of the Pitbull Bros. Gym in Arizona and it is quickly becoming one of the best MMA gyms in the US.