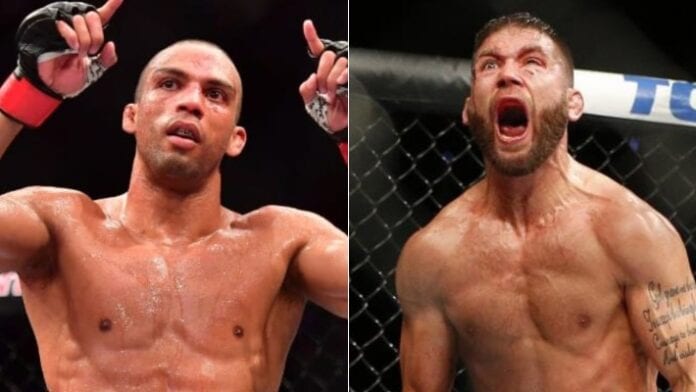 A featherweight barnburner between Edson Barboza and Jeremy Stephens is in the works.

That’s according to Brazilian publication Combate who state that the UFC is currently negotiating the fight to take place on October 3.

Overall, the Brazilian is on a three-fight losing skid and will be looking to return to winning ways as well as climb up the featherweight ranks.

He can do that with a win over a perennial contender in Stephens who hasn’t tasted victory in a while either. The brawler is coming off a second-round TKO loss to Calvin Kattar at UFC 249 back in May. He has also lost four of his last five outings with his last win coming back in February 2018.

There is no official location for the October 3 event nor a headliner at this point. However, other fights that are also set for that date include the following:

Who do you have winning?