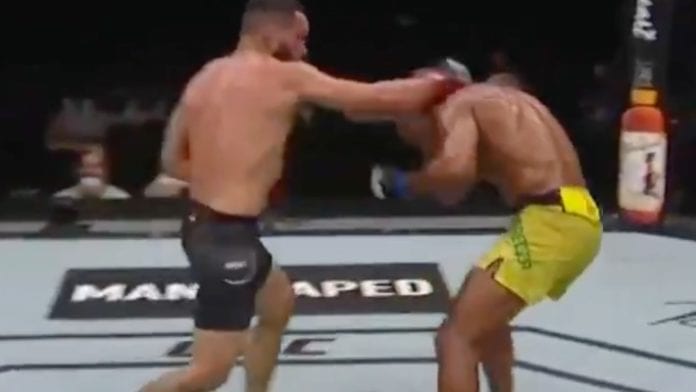 Dan Ige gave Edson Barboza a war in the latter’s featherweight debut — however, many felt the Brazilian did enough to win the fight.

Barboza dropped Ige early in the first round and ended the second round strongly with some solid ground and pound.

However, Ige did have more success overall in the second round and after a strong third stanza, did enough to convince two judges that he did enough to win as he eeked out the split decision victory.

Did you agree with the decision?