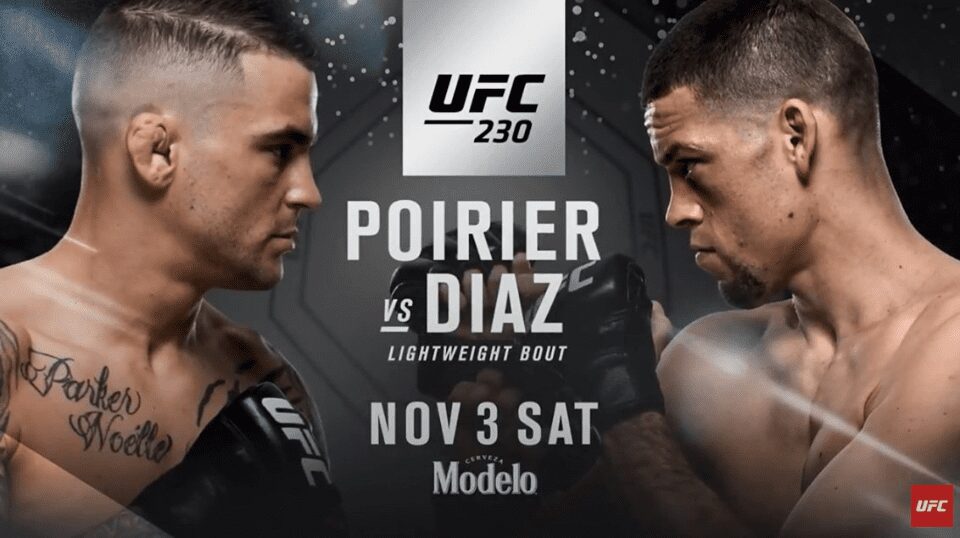 So much for waiting for a title shot.

Nate Diaz (19-11) hasn’t competed in MMA since August of 2016. On that night Conor McGregor narrowly edged out Diaz evening the rivalry and setting the stage for a much-anticipated rubber match. But first, the Stockton native most face off against one of the lightweights fastest rising stars in Poirier.

UFC 230 is coming together nicely, here is a rundown of the card so far.