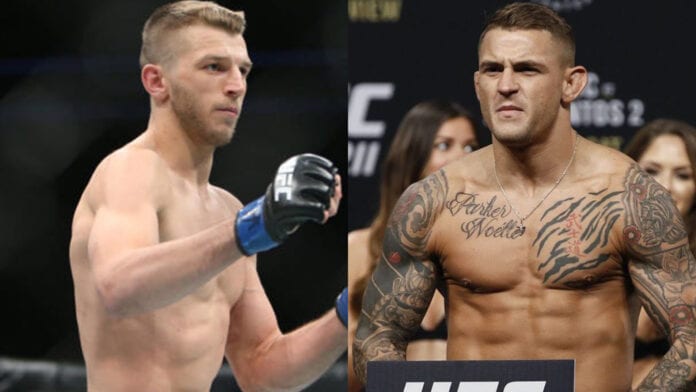 Dustin Poirier and Dan Hooker will face off in Las Vegas on June 27, Dana White has announced. The UFC President told ESPN the fight had been re-scheduled for late June after previously being cancelled due to the COVID-19 outbreak.

The fight was originally supposed to take place on May 16 in San Diego before the card was cancelled. Poirier now returns to the octagon for the first time since losing to Khabib Nurmagomedov in an undisputed title fight last September. Meanwhile, Dan Hooker fights off the back of a decision win over Paul Felder in February.

Dustin Poirier will be looking to get back into title contention after his undisputed title fight loss last year while Hooker aims to build on his three-fight winning streak in what the UFC fans are already calling a potential fight of the year candidate.

The UFC boss also confirmed that Welterweights Mickey Gall and Mike Perry will face each other in the co-main event of the card. Also confirmed to be fighting in the main event is Ian Heinisch and Brendan Allen in a middleweight match up, heavyweights Gian Villante and Maurice Greene will fight whilst Aspen Ladd and Sara McMann complete the main card.

The full UFC card on EPSN 12 is below (H/T MMA Fighting):

Do you think Dustin Poirier will be able to get himself back in lightweight title contention with a win over top contender Dan Hooker?