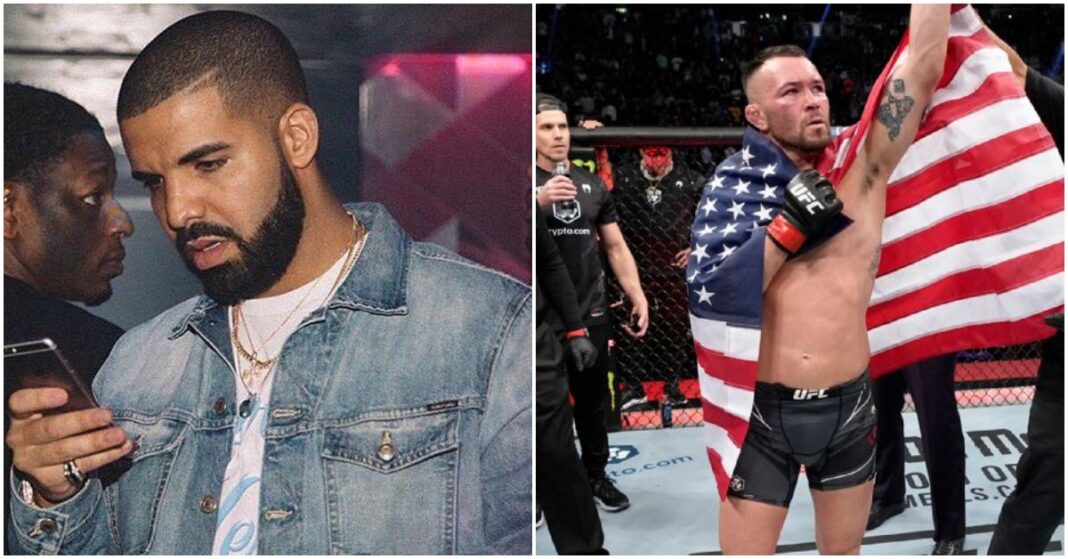 Canadian rapper Drake lost a large amount of money after betting on Jorge Masvidal to beat Colby Covington in the UFC 272 main event.

The 35-year-old ploaded a video to social media that documented him placing $275,000 on ‘Gamebred’ to score the upset. It was a bet that would’ve made him close to $1 million if Masvidal emerged victorious from the UFC’s biggest every grudge match.

Unfortunately for Drake, Covington who scored a rather comprehensive unanimous decision (49-46, 50-44, 50-45) win over former teammate and friend, Masvidal, at UFC 272.

‘Chaos’ was able to out grapple Masvidal for large parts of the fight.

As the bout progressed, Covington also started to put together combinations on the feet.

The former interim welterweight champion was momentarily dropped by Masvidal in the fourth round but by this point of the bout ‘Street Jesus’ was too gassed to throw or land any follow-up strikes, allowing Covington to quickly recover.

Is The Drake Curse Real?

The hip-hop star doesn’t miss when it comes to his music.

Drake is one of the most successful artists of all time at this point and everything he releases seems to be widely praised by the fans and critics.

However, when it comes to betting on sports Drake has a patchy record, to say the least.

In fact, his record is so bad that some people think he is cursed when it comes to this facet of life and will look to back whoever his pick is fighting or playing against.

The cruse has crept into MMA on a couple of occasions previously. Drake was seen supporting Conor McGregor and Max Holloway in the build-up to their respective fights with Khabib Nurmagomedov and Dustin Poirier, only for both fighters to lose.

We’re sure money started to come in for Covington after fight fans saw who Drake was backing to win the UFC 272 main event.

Do you think Drake was foolish to put so much money on Jorge Masvidal to beat Colby Covington at UFC 272?